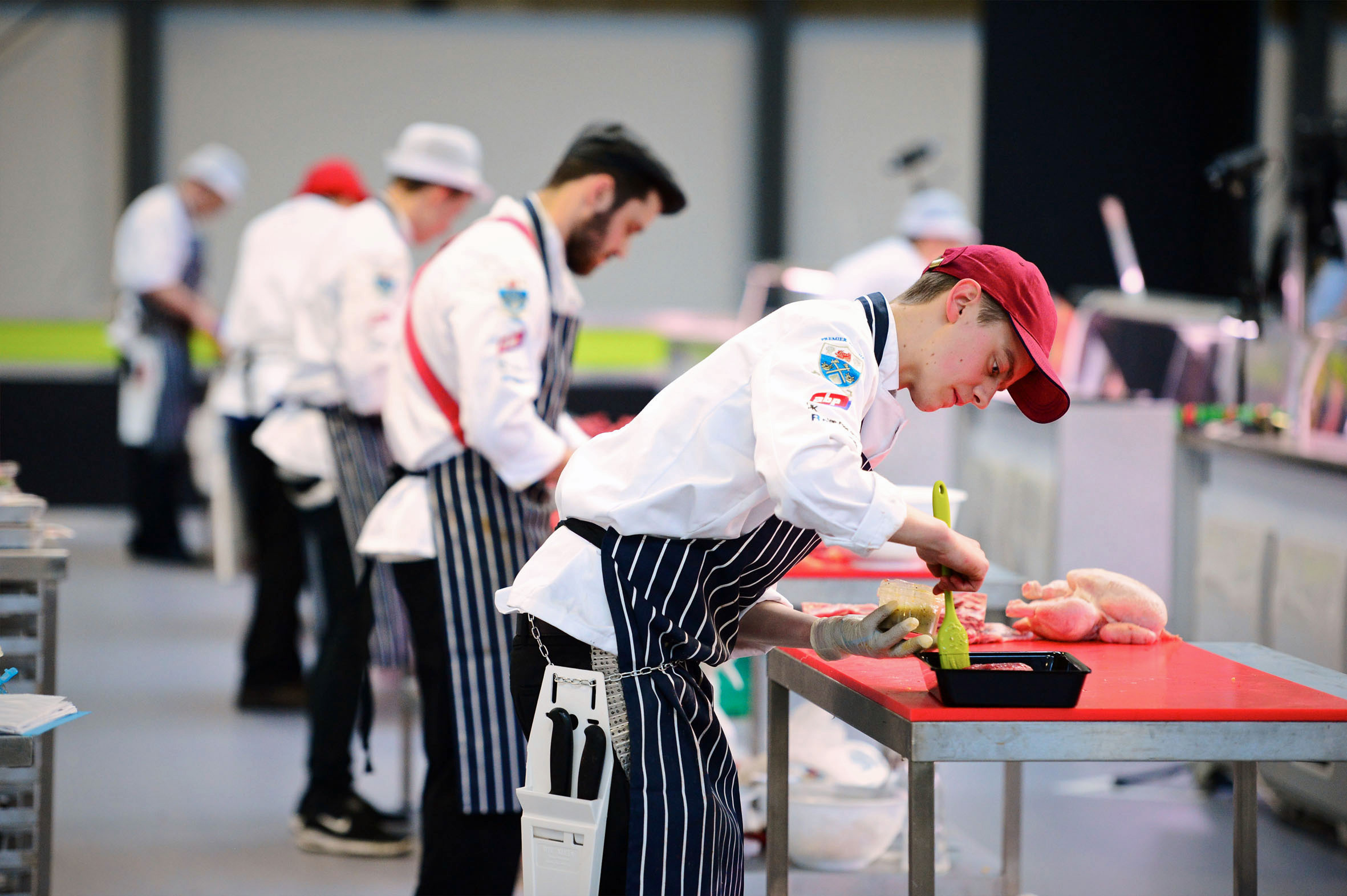 The search is on for the Welsh butcher who’s a cut above the rest and top of the chops!

Relaunched this week, the Welsh Butcher of the Year contest will be held at the Welsh International Culinary Championships (WICC) at Grŵp Llandrillo Menai’s Rhos-on-Sea campus on February 21, for the first time.

Sponsored by the Culinary Association of Wales (CAW) and Cambrian Training Company, the contest is open to Welsh butchers over the age of 16 who are employed or studying for a qualification in a college or establishment anywhere in the world.

Online entries at https://www.culinaryassociation.wales/welsh-butcher-of-the-year-2023/ must be received by January 31 together with a £30 fee.

Butchers will be set two tasks to showcase their skills to judges from the Craft Butchery Team Wales, who finished sixth on debut at the World Butchers’ Challenge in the USA last year.

They will have 55 minutes to seam a leg and chump of pork into individual muscles and another hour to turn the meat into a visually exciting display of products that celebrates a special occasion of the butcher’s own choice.

The judges will be looking for technical skills, innovation, creativity and a detailed description of each product created, together with cooking instructions.

The competition could be a stepping stone to the Craft Butchery Team Wales, which includes five former Welsh Butcher of the Year or Welsh Young Butcher of the Year winners – captain Peter Rushforth, Matthew Edwards, Tom Jones, Dan Allen-Raftery and Craig Holly.

Apart from the kudos of being named Wales’ best butcher, the winner will receive £100, the runner up £60 and third place £40.

Arwyn Watkins, OBE, CAW president and Cambrian Training Company’s chairman, said: “We have decided to bring the Wales culinary and butchery competitions together for the first time at the WICC.

“This event provides the perfect platform for the best butchers in Wales of all ages to showcase their skills. It’s a huge honour to be named the best in Wales at your chosen vocation and this will be a chance to watch highly skilled butchers demonstrating their skills and meat display techniques.”

Leading Charity Warns Against the Risk of Unregistered Appliances

Householders who own unregistered appliances could be putting themselves and their loved ones at risk of serious injury and death,…

The search is on for the Welsh butcher who’s a cut above the rest and top of the chops!  …