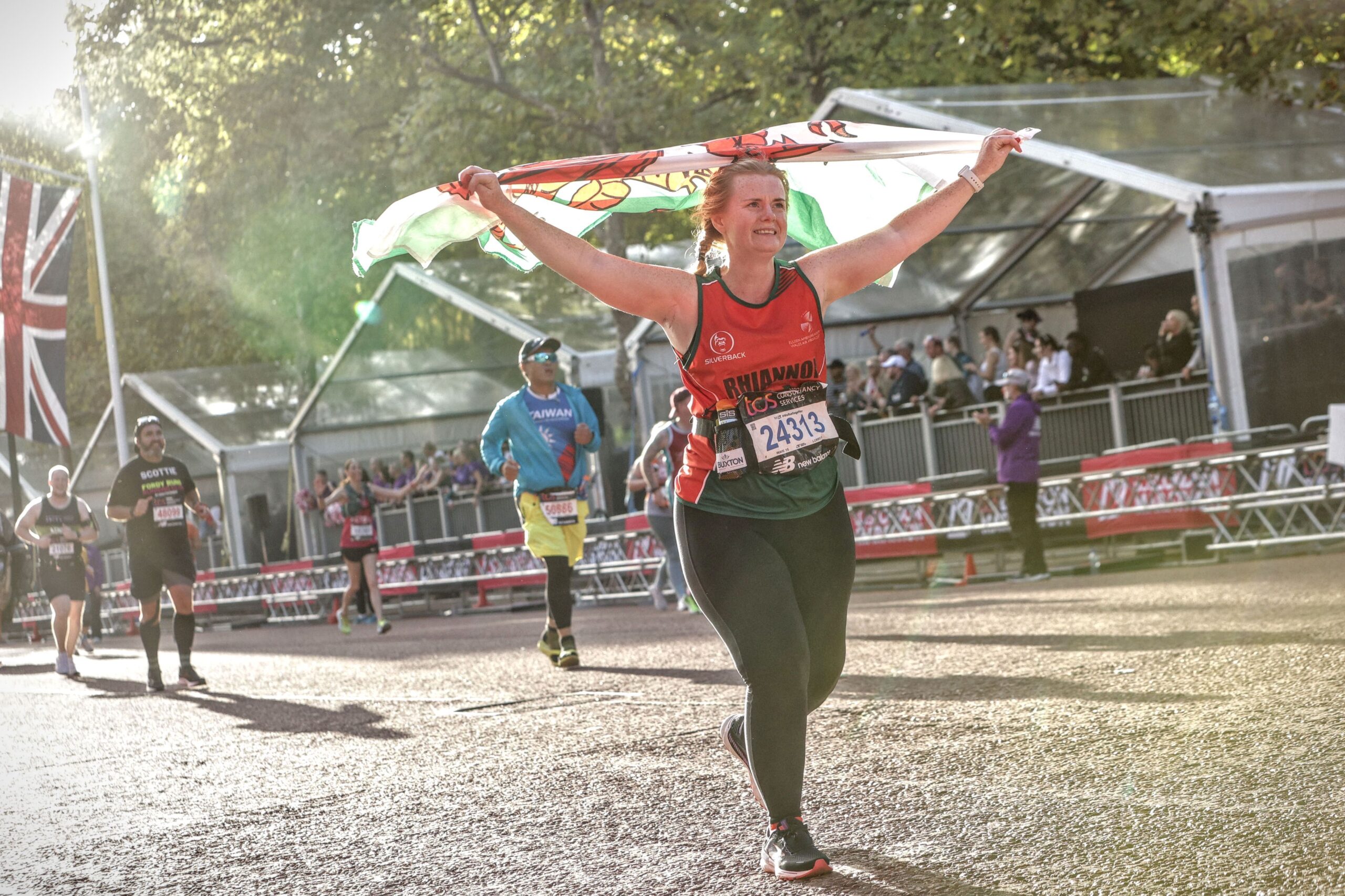 A CARMARTHENSHIRE mum has taken part in the London Marathon in memory of her cousin’s baby who tragically died from cot death, aged just four months old.

Rhiannon Jones, 41, took part in the 26.2-mile event as she wanted to donate to the Charity that was called to her cousin, Sioned Jones’ Gorslas house in June 2018. Unfortunately, despite the efforts of the Wales Air Ambulance and the emergency services, baby Steffan Morris, sadly fell asleep.

Rhiannon, who is originally from Brynamman, Ammanford, and now lives in Leicester with her 10-year-old daughter Madison, managed to win a place in the London Marathon ballot after years of trying.

The design manager bought herself a treadmill and in between juggling work and being a single mum, she would run at home often for three to four hours at a time. She had planned to take part two years ago but due to Covid and then injury she had to delay the race until October.

While training for the marathon, her family required the Wales Air Ambulance for a second time when Rhiannon’s nephew Ieuan had an accident in August whilst out cycling. The air ambulance medics attended the scene and he was fortunate only to suffer a broken collar bone and broken ribs and toes.

Rhiannon said: “If my nephew wasn’t wearing a helmet he would have probably passed away as part of his helmet was completely smashed. He is lucky to be here. Ieuan is now on the mend, it could have been a lot different.

“The Wales Air Ambulance is very close to my family’s hearts. My cousin Sioned also volunteers for the Charity since the loss of baby Steffan. Both Sioned and Ieuan’s stories are two of thousands that are touched by the good work that the Charity does.

“I’ve had the great honour to talk and meet the great people from the Wales Air Ambulance and find out about the great work that they do. I am amazed at what they do each day. They are on call 24 hours a day, seven days a week, 365 days a year. They do not stop and if I can raise enough money to fund one mission to help someone in need like Sioned and Ieuan, then I will be happy knowing I have done my little bit.”

The mum-of-one said the support she received for the London Marathon had been fantastic with her family all making the journey from Carmarthenshire to the capital to support her. Rhiannon completed the event in 6 hours 42 minutes and said the atmosphere along the route was incredible.

She said: “I am not a runner and training for the marathon was difficult as I am a single mum and don’t have much childcare. I had to train when my daughter was in after-school clubs and Brownies and relied on friends to look after her as my family are all in Wales.

“Running on a treadmill is different from running outside. I did the small distances outside and then the long runs I had to do on my treadmill in the house, which was very long and often boring. My aim was to finish the race and soak up the atmosphere, without worrying about my finishing time.

“The supporters along the route were fantastic. There were bands playing and everybody was in good spirits and soaking up the atmosphere. The memories will be with me forever, it’s always good to have a challenge. The most important part for me was to enjoy it and raise money for the Wales Air Ambulance.”

“We are very sad to hear about the passing of her cousin’s baby at just four months old and our thoughts are with the family. We extend our love to Rhiannon’s nephew Ieuan and wish him a speedy recovery.

“Rhiannon should be very proud of herself for completing the London Marathon. We wish her the warmest of thanks for her tremendous fundraising.”

Could you be a firefighter?

Mid and West Wales Fire and Rescue Service are running a Taster Session at Earlswood Training Centre, on December 7th…

Dyfed Powys Police is investigating the theft of items, including a Christmas Nutcracker Ornament valued at £129.99, from the Home…

The appeal, in its 12th year, helps hundreds of children with families who can’t afford to buy toys or gifts.…