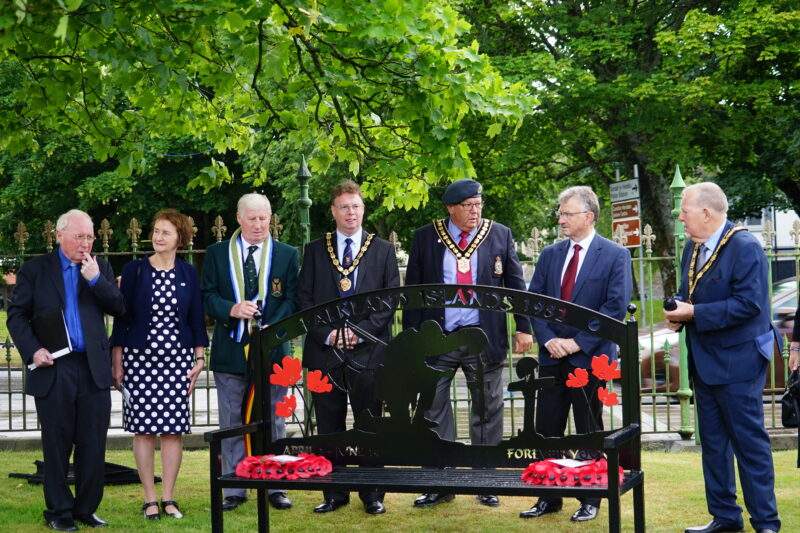 AN Ordinary Meeting of Llanelli Town Council was held on Wednesday July 6th at the the Old Vicarage Town Hall Square, Llanelli.

On the agenda was the Falklands 40 and the 80s Festival

The council heard that this years’ Armed Forces Day saw a Falklands conflict memorial bench unveiling at Llanelli Town Hall on the 25th June, the event was well attended. The memorial bench has been donated to Llanelli by Paul Summers (a Falklands veteran) and veterans Breakfast Club from the Welsh Guards and RBL to commemorate those who lost their lives during the Falklands war. The unveiling was followed by a march through Llanelli Town Centre and a Drumhead Service to celebrate Armed Forces Day at Llanelly House. The 80`s Festival and a street food market followed in the afternoon in the Town Centre. The event was well attended. The Town Council was instrumental in organising, funding and supporting the Llanelli Veterans and the BID in organising the events.

The last of the park biodiversity projects took place in three of the parks for the summer on the 29th June. Time will now be given for the parks to establish and flourish. Work will resume in the Autumn and Winter period. – Crown Park- the butterfly garden has been replanted and restored. Young people from Ysgol Penrhos joined volunteers, Town Mayor Cllr Philip Warlow and Council Leader Cllr David Darkin. Bird boxes and Bug boxes have been donated to the project by Llanelli Community Partnership and were installed in the trees. A wildflower meadow patch has been created to encourage pollinator plants in the park.

Peoples’ Park – Butterfly Garden maintenance was undertaken with bird and bug boxes being installed in the trees near the pond. A wild flower meadow area has been created and planted to encourage pollinators and biodiversity in the park. – Penyfan Park – A wildflower meadow area has been created and planted to encourage pollinators in the park, alongside a mowed meadow path in an area in the park. Bird boxes and bug boxes have also been installed in the trees. This project has been well received by the residents in the area with them noting that they have seen an increase in butterfly, bees, creatures and flowers in the park. A funding application for £20,000 for development of plans at Bryn Yard, Llanerch Field and Havelock Park has been submitted to the Local Places for Nature grant scheme via the National Lottery. Youth Projects

Agen Connect 2022 project – The direction of twinning for the future will be for young people. Ysgol Pen Rhos, Stebonheath and Old Road schools are taking part and have recently developed welcome packs for the French schools they are paired with, online lessons will be delivered in September with all five schools (3 in Llanelli and 2 in Agen) taking part. As a direct result of the project the 3 primary schools will be delivering French language and cultural lessons from September with young people as young as 3 years of age taking part. The boxes will be delivered in August to Agen. In addition, six primary schools in Llanelli with over 300 young people taking part in the wider `Where is Agen ` project to date through Connect 2021/22 linking in with the global citizenship aspect of their curriculum. Strong ongoing links to Coedcae and Bryngwyn comprehensive schools continue to be nurtured.

Connect 2021 / 22 – has now completed its first year in May. The project has been widely recognised by the primary schools as being beneficial to the schools, has linked well with the curriculum and engaged well with young people. The project members have decided to continue with the project for 2022/23. Funding will be sought for the coming year. The Project works in partnership with Llanelli Town Council and Llanelli Community Partnership. – 7 themed events took place during the year, which included Citizenship, democracy, Twining – `Where is Agen`, Young Traders project, visits to the National Botanical Garden of Wales to learn about bees to support the Pharmabee project and the biodiversity projects in the parks. – In total, 1,236 young people took part in the themed events – A network platform has been formed by the 6 schools with 8 meetings being held in the year. Non Neave, Head of Old Road School has said “The project has been invaluable and has led to us having a closer working relationship with the community and the Town Council, the children have enjoyed learning so much and it has delivered well against the learning curriculum, we look forward to 2022/23”. RESOLVED – that the information be noted This meets goals 1, 2, 3, 4, 5, 6 and 7 of The Wellbeing of Future Generation Act 2015. (2) COMMUNICATION For the latest information for Llanelli and community updates in Carmarthenshire the following web addresses can still be accessed please see below: http://newsroom.carmarthenshire.gov.wales http://connectcarmarthenshire.org.uk http://www.cavs.org.uk www.dewis.wales Direct referrals can be made to Delta Wellbeing or Carmarthenshire County Council Contact Centre on 01267 234567 or Delta Wellbeing the contact number 03003332222.

INDEPENDENT REMUNERATION PANEL FOR WALES Further to Minute No. 20 of the Adjourned Annual Council meeting held on 19th May 2022, consideration was given to the Town Clerk’s report (copies having been previously circulated to members). The report provided information for members in relation to Determination 49 of the Independent Remuneration Panel for Wales Annual Report for 2022-23. Determination 49, provides for Councils to be able to pay an attendance allowance for members. The amount of each payment must not exceed £30. Payments for attendance must be in respect of official business or approved duty which are identified in the council’s Standing Orders or alternatively by specific resolution. The scheme to be published should specify for which events payments will be made. All members of the council would be entitled to the payment for attendance at the events specified in the scheme, but an individual member may decline to receive payment by informing (in writing) the Town Clerk. It may therefore be possible to consider different types of approved duties as follows: • Category 1 – Attendance at formal Town Council Meetings, Committee’s, Joint Committee’s and Steering Groups; • Category 2 – Attendance at meetings of third party bodies where the member is nominated to represent the Town Council; • Category 3 – Attendance at third party events, meetings or conferences where the member is nominated to represent the Town Council. The scale of payments that could be necessary for the Town Council to meet could be described as follows:

Category 1 – With putting in place arrangements for multiple meetings to be undertaken on the same evening, it may be possible to restrict the number of meetings being covered by a scheme to 3-4 attendances a month per member on average, this would be a maximum of 726 – 968 attendances per annum (no meetings in August) with a cost of: o £21,780 – £29,040 per annum (£30 per attendance); o £18,150 – £24,200 per annum (£25 per attendance); o £14,520 – £19,360 per annum (£20 per attendance). • Category 2 and 3 would be very difficult to estimate due to the variety of meetings and events that could be included. It was confirmed that there is no current budget in place for the 2022-23 financial year for expenditure of this kind. The Council would therefore need to fund any expenditure from reserves or from the reduction of current Council services. It was agreed that in principal, Members would wish to see the determination implemented for Category 1 meetings, however this would be considered further for inclusion of a budget for a scheme as part of their precept considerations for the 2023-24 Financial Year. It was therefore agreed to not implement determination 49 for the current year.

RESOLVED – that Category 1 be considered for inclusion in the 2023-24 financial year as part of the precept considerations and at next year’s Annual Meeting.

SUMMER OF FUN PROGRAMME Members considered a report prepared by the Community Development Officer (copies having been previously circulated to members). An opportunity had arisen to make an application to the Welsh Government Funded, Carmarthenshire County Council Administered Summer of Fun Programme. The programme looks to provide funding to deliver activities for children and young people within Carmarthenshire during the period 1st July and 30th September 2022. Officers therefore made an application to the programme for provision of a temporary activity officer and for funding of third-party project activity support to a total cost of £16,650. Due to the programme being very much oversubscribed, the full application was not successful, however an allocation of £5,000 was made available for third party activity provision at Town Council managed play areas and open spaces. This was noted with disappointment as the intention had been to utilise the funding to test the concept of employing a Town Council sport and activity officer. However, it is still proposed to move forward with provision of activities in order to benefit Llanelli Young People during the Summer Holiday period.
-7

Penygaer / Llanerch Playing Fields • Penyfan Park • Crown Park • Peoples’ Park • Anne Street Park Dates will be confirmed following consultation with other activity providers such as Active Sir Gar, Llanelli Community Partnership etc in order to ensure no overlap of activities taking place and maximise what can be made available. RESOLVED – that the report be noted and the proposed actions approved. 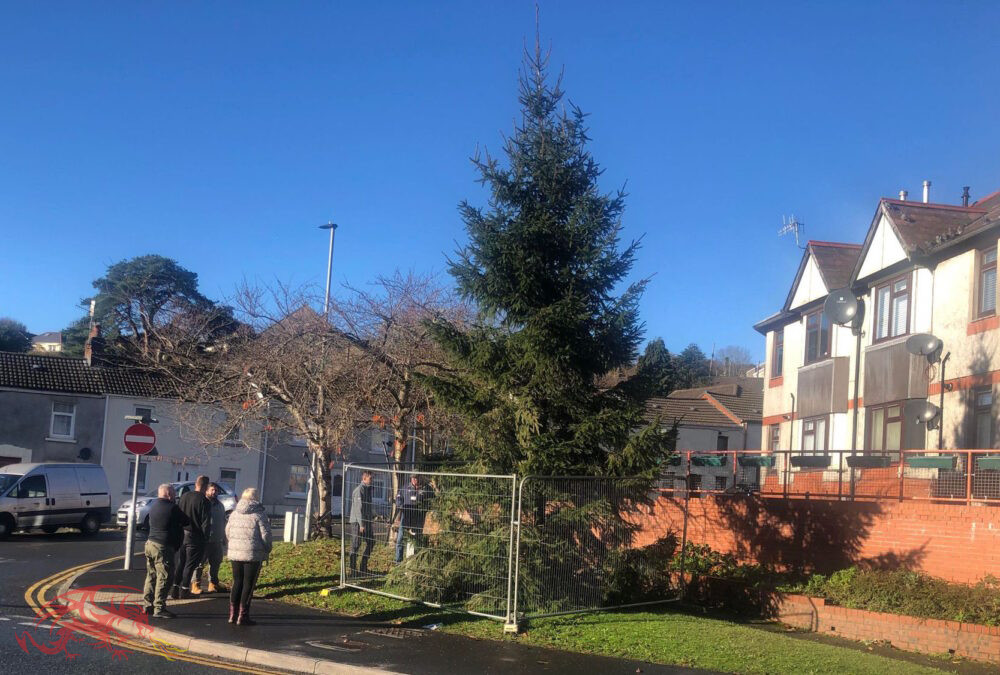 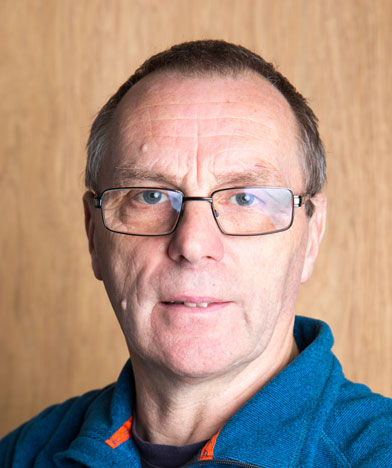 AN independent report has found evidence that a Llanelli Town Councillor breached the code of conduct. Carmarthenshire Council’s standards committee…