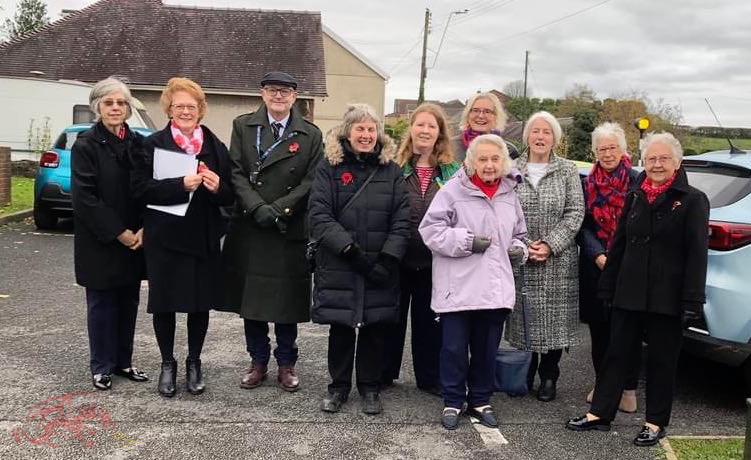 The service was led by Bryn WI President. Members of the WI provided the readings and a poem.

County Councillor Gary Jones joined in the proceedings, reading part of the service and then reciting a list of the men who gave their lives in service to their country.

The Last Post was played by Dylan, a pupil of St Michael’s School.

The children then placed poppy wreaths they had made onto the WI garden. It was a very emotional moment for all who were in attendance.

The Bryn WI President thanked everyone for their attendance at the service with special thanks going to the staff and children of both schools.

Cllr Jones said that he  hoped to expand the event and make a permanent remembrance fixture for Llangennech and Bryn.

“We will remember them.”