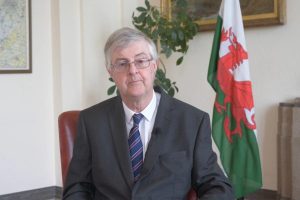 A Welsh Government spokesperson said: “The NHS in Wales is still under enormous pressure, with operational data suggesting December saw the busiest day for NHS Wales on record. Official statistics show nearly 400,000 consultations+ were carried out in November in hospitals alone and over 111,000 patient pathways were closed, an increase of 4.7% from the previous month and back to pre-pandemic levels.

“November also saw a second consecutive fall in the number of patient pathways* waiting to start treatment, after consistent increases since April 2020.

“Progress continues to be made on the longest waits and two year waits for treatment have fallen for the eighth month in a row and are down by 30% since the peak in March. The proportion of pathways waiting less than 26 weeks increased this month with the number waiting more than 36 weeks falling.

“More people started their first definitive cancer treatment and performance against the 62 day target increased in November compared to the previous month. As we continue to prioritise the most urgent cases, November saw the highest number of people told they don’t have cancer on record, a 33.4% increase compared to April 2022.

“The number of pathways waiting longer than one year for their first outpatient appointment dropped by 10.3% and for the third month in a row.

“December was an exception month and demand on the ambulance service and emergency departments remained high, with the month seeing the highest number of red/immediately life threatening calls ever made. Although the proportion of red calls responded to within 8 minutes was the lowest on record, December saw the highest number of red calls ever receive an emergency response with 8 minutes. From today an additional 75 ambulance clinicians will be operational to support timely ambulance responses.

“There was an average of 2,847 daily attendances to emergency departments and minor injury units which impacted performance against the four hour and twelve hour targets.

“Despite pressures and high volumes of demand being felt across the system, which have led to some patients waiting longer than we would hope, over 6000 (14.9%) ambulance calls were safely managed through remote telephone assessment. This enabled people to receive the support they need in the community and frees up ambulance resources to respond to other calls.

“Whilst we acknowledge emergency care performance is not where we expect it to be, we are driving system improvements, including extending same-day emergency care services to open seven-days a week, improving management of 999 patients on the phone, and recruiting more staff. Without all this the pressure on the system would be even greater.”