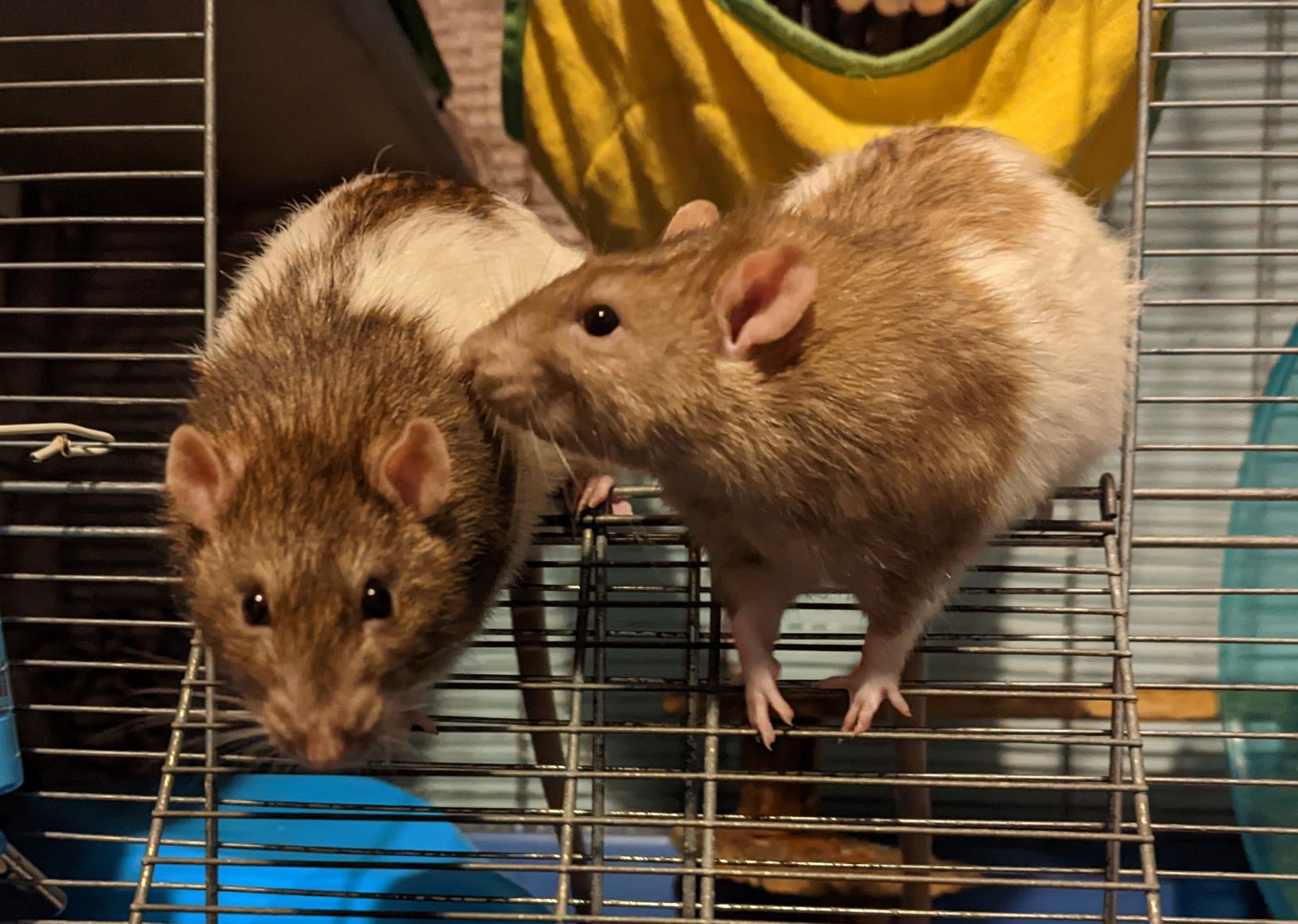 Five pet rats who were discovered abandoned in charred and blackened hutches which are thought to have been deliberately set on fire in North Wales, are looking for a fresh start.

Craig and his best friend Greg, along with Lorna, Brook and Stella, were found in two rabbit hutches, along with ten other rodents, at Bruton Park, Rhyl in August.

Both enclosures had suffered damage to their doors and base, although thankfully the flames had failed to take hold. All the rodents – nine males and six females – survived, although the females had singed fur and badly charred whiskers, with just the very tips remaining.

The RSPCA, which attended the scene to collect them, is continuing to investigate the shocking incident and is appealing to anyone who still has information to get in touch on 0300 1234 999.

All 15 were initially taken to the charity’s Bryn-y-Maen Animal Centre in Upper Colwyn Bay, where they were checked by a vet. Five remained at the centre and Craig and Greg are the last of that group still waiting to be adopted. The others were transferred to the RSPCA’s Newbrook Farm Animal Centre in Birmingham and Lorna, Bella and Stella are at Gonsal Farm near Shrewsbury.

Despite their traumatic experience, Craig and his best friend Greg have grown in confidence in foster care with RSPCA animal rescue officer Melanie Froude, and the duo are now looking for a permanent new home together.

Victoria Williams from Bryn-y-Maen Animal Centre, said: “Despite what they’ve been through, Craig and Greg are gentle, sweet natured rats who adore each other’s company. As they’re not particularly confident just yet, we’re looking for a home that’s had previous experience of caring for rats so that handling can be introduced at a slow and steady pace. They’ll also need a large, tiered cage and time out to explore daily after they’ve built up confidence in their new home.”

Ryan Traynor, deputy centre manager at Gonsal Farm, said: “Lorna, Brook and Stella are inquisitive girls who want to be friends with you, but they are still a little bit unsure and aren’t quite at the stage where they fully trust people. They’ll accept a little bit of fuss and will take food from you, but everything has to be done at a slow and gentle pace. They’re a happy, bonded little group though, which is why we’re looking for a new home for them together.”

There were 670 calls about rat welfare reported to the RSPCA’s cruelty line in 2021, including 81 incidents involving rats that had been given up or abandoned.

Dr Jane Tyson, the RSPCA’s rodent welfare expert, said: “Rats are sociable, intelligent and friendly animals but they can often be misunderstood and underestimated, and as a charity, we sadly dealt with hundreds of reports about rats that needed our help last year. This is why it’s really important to understand how rats should be kept, and there is lots of helpful and informative advice on our website.”

For more information about Craig and Greg visit Bryn-y-Maen’s website and for further details about Lorna, Brook and Stella go to Gonsal Farm’s website.

As a charity, we rely entirely on donations to keep our rescue teams on the road. We’re calling on animal lovers to help us make sure animals don’t pay the price of the cost of living crisis this Christmas. To Join the Winter Rescue and help our rescuers be there for the animals in need, please visit www.rspca.org.uk/jointherescue