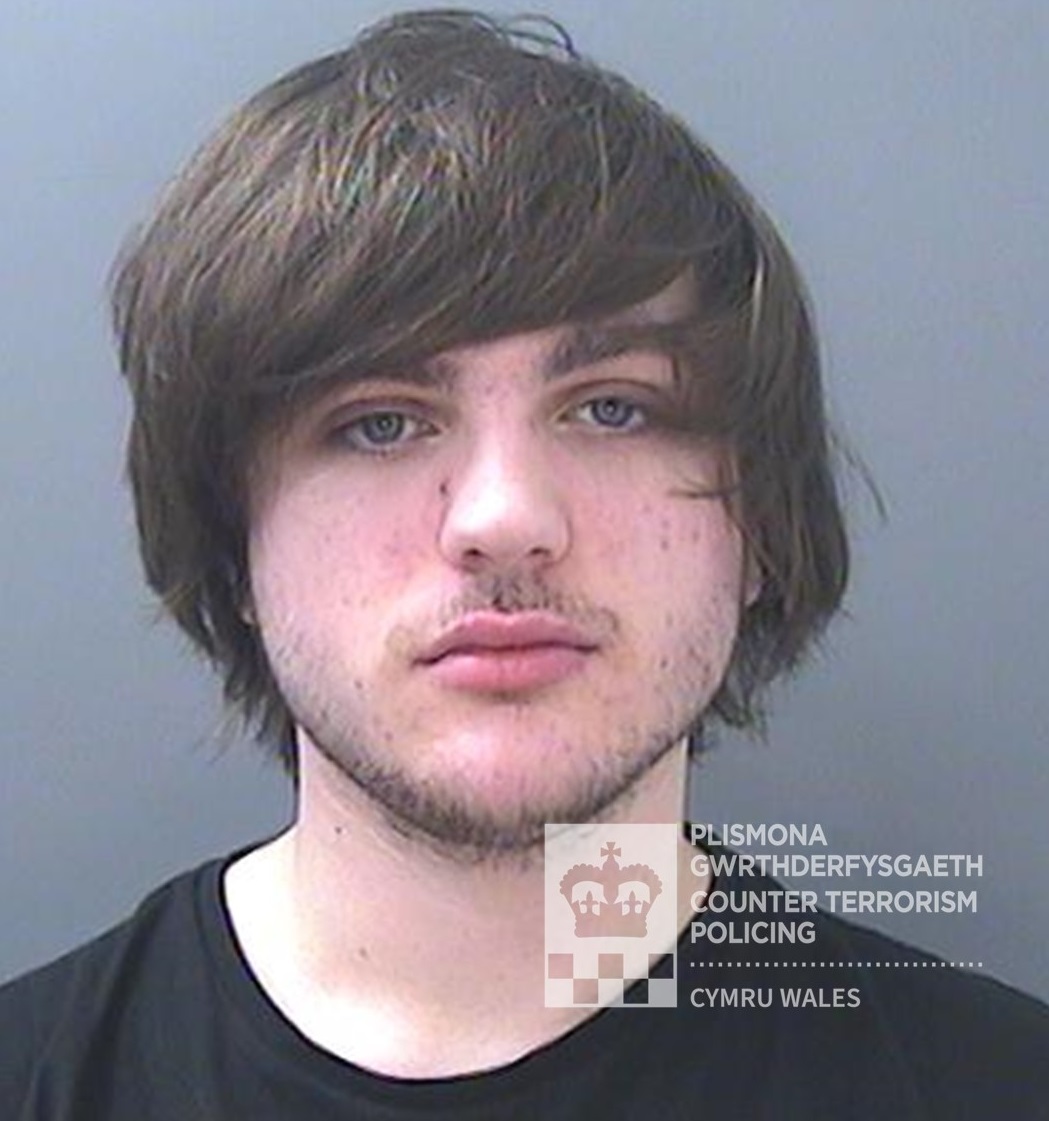 A man from Cardiff has been sent to prison for 9 years 3 months after pleading guilty to five offences under the Terrorism Act (TACT) 2000.

Luca Benincasa, 20, from Cardiff was sentenced today at (Wednesday 25 January) at Winchester Crown Court of four offences under Section 58 of TACT, namely possession of documents likely to be useful to a terrorist and one offence under Section 11 of the same Act – membership of a proscribed organisation.

Benincasa was arrested in January last year by detectives from Counter Terrorism Policing Wales. Several electronic devices were seized from his home and, following examination, extremist material was uncovered.

The material contained information to assist someone committing or preparing an act of terrorism. He was charged on 1 February 2022.

On 15 July 2022 he appeared via live link at Winchester Crown Court when he entered guilty pleas to five offences, namely membership of a proscribed organisation and possession of four documents of a kind likely to be useful to a terrorist.

Detective Superintendent Mark Pope, of Counter Terrorism Policing Wales who led the investigation, said: “The dangerous nature of the material in Benincasa’s possession cannot be underestimated. This is why it is of such importance to hold to account those who seek to join proscribed organisations and gather material which may be useful to a terrorist.

“This intelligence-led investigation has resulted in the conviction of a dangerous individual and highlights the commitment by counter terrorism policing to tackle all forms of extremist ideology.”

Detective Superintendent Emma Naughton, head of the Wales counter terrorism unit said: “Police and other agencies are here to offer support to help safeguard those who are vulnerable to radicalisers.

“The sooner we can intervene, the better chance we have of preventing people from becoming embroiled in radicalisation and facing potential prosecution.

“We work tirelessly to counter terrorism. Our absolute priority is to ensure the safety and security of the people who live, work and visit Wales.

“Suspicious activity is anything that seems out of place, unusual or just doesn’t seem to fit in with day-to-day life. Please report it and let us decide if it is important.”

Anyone who sees or hears something that could be terrorist-related should act on their instincts and call the police in confidence on 0800 789 321. In an emergency, always dial 999. Visit gov.uk/ACT for more information, including how to report extremist or terrorist content that is online.