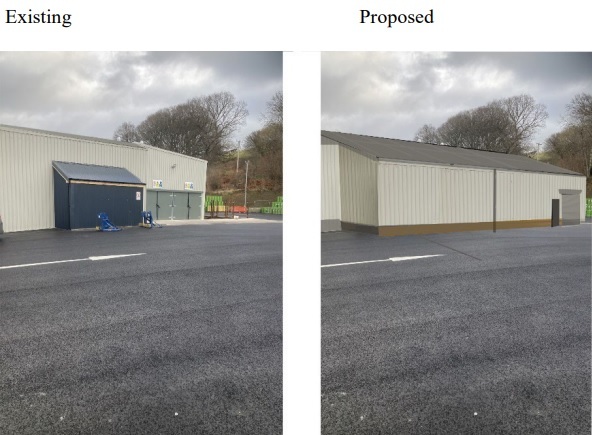 A THRIVING business in Newtown has lodged plans with Powys County Council to extend it’s factory to meet “growing demands” for its sweet products.

Scott Davies the managing director of Hilltop Ltd, the company that produces Hilltop Honey wants the extension to accommodate “warming rooms” at the site which is on the Vastre Industrial Estate.

This will allow the honey to be warmed up so that it can then be processed in the factory.

Planning agent, Fred Carter explained that the scheme would come in two parts, a first extension for 97 square metres which would allow for the factory to deal with the “rapid growth of demand.”

The second phase would be an extension for an extra 381 square metres – which would give a combined 12 per cent increase of space at the factory.

Mr Carter said: “The layout will be improved with a process driven layout moving barrels inside for cleaning, heating, emptying and disposal.

“This will create more economical movement patterns and improving productivity.

“The additional extension will allow for increased production locally rather than locating to larger premises, reducing carbon output from transporting to another site.”

Mr Carter said that solar panels would be placed on the south facing roof of the building to “offset the carbon footprint” of the extension.

“The proposal will allow for growth ensuring the production can remain at the existing Vastre site.

“The businesses growth has escalated to become a key supplier of Honey and syrups to the retail sector, this extension will support the companies continued economic growth.”

The site has been identified as one where there is a risk of having contaminated land.

The council’s senior contaminated land officer, David Jones recommends that a condition is placed on any future planning permission.

If any contaminated is found during construction work would stop, to allow “an investigation and risk assessment to take place.”

Mr Davies founded Hilltop when he started Beekeeping as a hobby in 2011.
He shared the honey with friends and family and soon afterwards local shops.

Hilltop now supply their product to national supermarket chains becoming one of the fastest growing companies in Wales.

The firm moved into the factory in 2022 after outgrowing its former base at Dyffryn on Pool Road.

Powys planners are expected to decide the application by March 6.