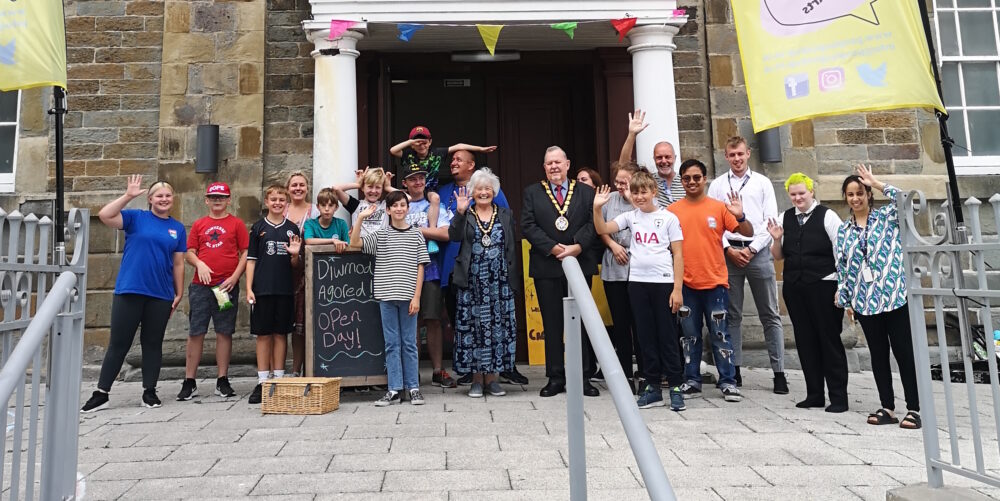 Over 400 people have taken part in a variety of summer activities organised by People Speak Up, the Llanelli based arts, health and wellbeing hub. From their base in Ffwrnes Fach, the old Zion chapel, the group has organised a variety of events both at the centre and in local communities over the summer weeks.

In partnership with Carmarthenshire County Council and Llanelli Town Council there have been singing, story telling and art based events as well as street play activities. Many activities, such as the Elevenses Dementia Group, provide activities centred around people with the same needs, offering support through those activities.

Founder and artistic Director of People Speak Up, Eleanor Shaw, says that it has been overwhelming to see how people have responded to what the organisation had to offer, saying that it was a huge encouragement to see so many people get involved and, in many cases, start to learn new skills.

‘Over the summer I have seen a real need for all the community to want to have a space  to be accepted for who they are, to create, to talk and to be listened to.’

The summer activity came to a climax on 30 August with a community open day at Ffwrnes Fach. Over 60 people, across the generations, were in the building, including the Mayor and Mayoress of Llanelli. Eleanor Shaw added:

‘A big thank you to the People Speak Up team for igniting the fire at The Ffwrnes Fach – a place for the community to heal and re-connect, which is much needed after the past two years!’