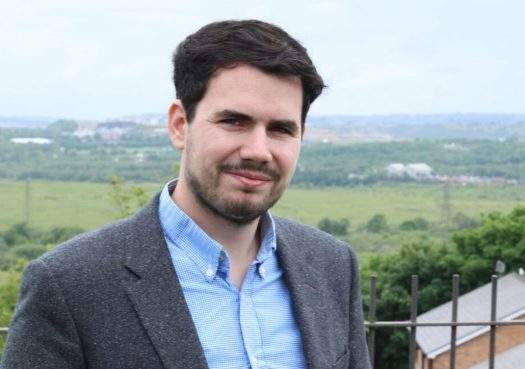 Cllr James also said that Carmarthenshire residents had been telling him that Llanelli, Ammanford and  Carmarthenshire’s rural and semi rural areas had been left behind. He said: “They (Plaid Cymru) have failed to deliver on their promises. We have heard of big investment in the last seven years. The Wellness Village was promised and the ground has still not been broken.”

“We have been very bold in selecting candidates for the wards and we have a lot of younger candidates standing. We have dramatically changed the way we recruit candidates. The public may have noticed that some have left the party. We went on social media and appealed for people to become councillors. We checked if their values met ours and we looked at their backgrounds. What we are looking for is community activists. People who are embedded in their communities, passionate about the place where they live. We have a lot of professional people who have come forward. We want this council to really represent the breadth of backgrounds of people in Carmarthenshire. We have some 18-year-olds standing. I am very supportive of the candidates because they have a lot to offer.”

Speaking about small schools and education in general in the county Cllr James said: “Twenty nine schools were promised and very few have been delivered.

“NRW decided that that site for the new Ysgol Dewi Sant was not fit for purpose. I have been working trying to get a site established. There has been a lot of resistance. We are committed to getting the site selections and public consultations this year and start building next year. When it comes to small schools we will be adopting the ‘within fifteen minutes’ approach. All services should be accessible within communities within 15 minutes.”

Cllr James also said he would be trying to offer help for home educated children. He said: “Carmarthenshire has one of the largest elected home education population in Wales. There is a reason for that and we want to address that. We want to create the first digital school in Carmarthenshire providing online tutoring. We will also be looking at a relaunch of the meals on wheels service and more support for care services.”

In the light of the rise in the cost of fuel and the cost of living Cllr James said that he was looking to address ways in which the council could help people travel without reliance on cars. He said: “We have an issue we have one of the highest car ownership in the UK. One of our pledges is to create a municipal bus company. People struggle to get around. It was through the fantastic work of volunteers across Carmarthenshire that people were able to get out to test centres. We guarantee every pupil will have access to school transport whether free via Welsh Government or subsidised by the local authority.”

The Carmarthenshire Labour Leader pledged to improve play and sporting facilities. He said: “We have announced £45m sports and play revolution fund. We will support those councils who have been burdened with the responsibility of playgrounds and sporting venues. Promises were made that they would have a pot of money but just look at Ammanford, a Plaid Cymru Town Council and Plaid Cymru County Council. We are looking to create two leisure centres. One in Llanelli and one in Ammanford but we will also be looking at areas outside of our town. Burry Port Crosshands, some of these places get ignored. We see a lot of shops and homes but very few services supporting residents. We have seen the problems with large developments, they don’t adopt the roads or lighting we need to look at the planning.”

Asked if planning was working for Carmarthenshire he said: “I don’t think it has worked. It is the role of politicians to provide direction. If the leadership is not there the results are not going to be that great The LDP has to be clear. The build quality, sufficient space, utilisation of technology for energy and utilising EV charging points. We are going to completely revise the LDP to build homes fit for this century. We cant just grant planning for 400 homes and hope we get some kickback provision for schools. Developments are not adopted correctly and we have to chase after them. When it comes to repeat offenders, the bad eggs, we need to have guarantees of past practice.”

Asked if he could be trusted to deliver on his pledges Cllr James said: “We will put out our full manifesto. What is being delivered and when, the most comprehensive manifesto this area has seen. We have been working for the last five years on a plan and looking at the mess this council is in. We have been calling for kerbside glass collection. Promises have been made but they haven’t delivered. Residents need to look at the parties and decide. We have had Plaid Cymru for seven years. Have a look around your communities and ask if this is good enough. We have changed the way Carmarthenshire Labour operate. If people want change for their area, look at their local Labour candidate.

“I don’t want to be a councillor for next 40 years I have no interest in riding out to see how long I can be a councillor. We will put out programme for the administration, a running tally of how we are doing. We will have a website showing commitments. In 6 months people can come and look and see how we are doing. We are going to be as transparent and as open as possible. We will do our utmost to deliver. I am here to make changes. I don’t like what goes around being a councillor and a lot of the candidates we have selected are there to improve their areas.

The Carmarthenshire Labour Leader was critical of the Plaid Cymru Administration’s ‘vanity projects’. He cited the £19m to be spent on a cycle path between Carmarthen and Llandeilo. He said: “It started as £4m and has shot up to £19m. We understand that a lot of that £19m will be spent on purchasing the land. We are not quite sure how it will work if councillors actually own some of the land. We don’t know the scale, how wide the path is. The Tywi Valley is known for flooding. We think this money which ironically comes under a levelling up fund is doing no such thing via a cycle path when you look at the many other areas we could be spending that kind of money on. We have seen historically the vanity projects which have taken millions of pounds and left the people of Carmarthenshire with nothing to show for it.”

You can listen to the full audio interview here: 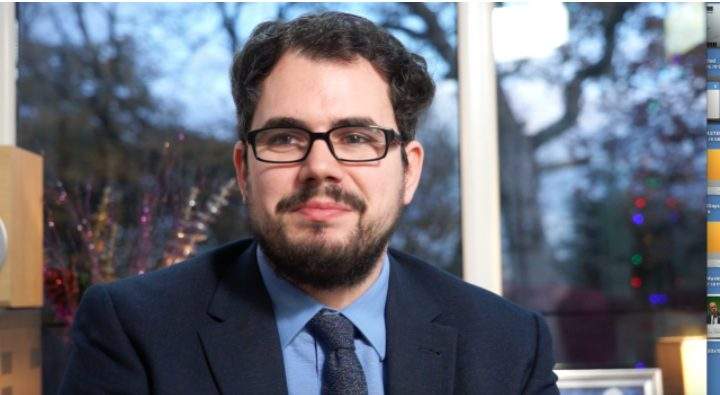 A Story of Two Leaders

THE results of the 2022 Local Elections in Carmarthenshire have been declared. Information about new and re-elected councillors for all… 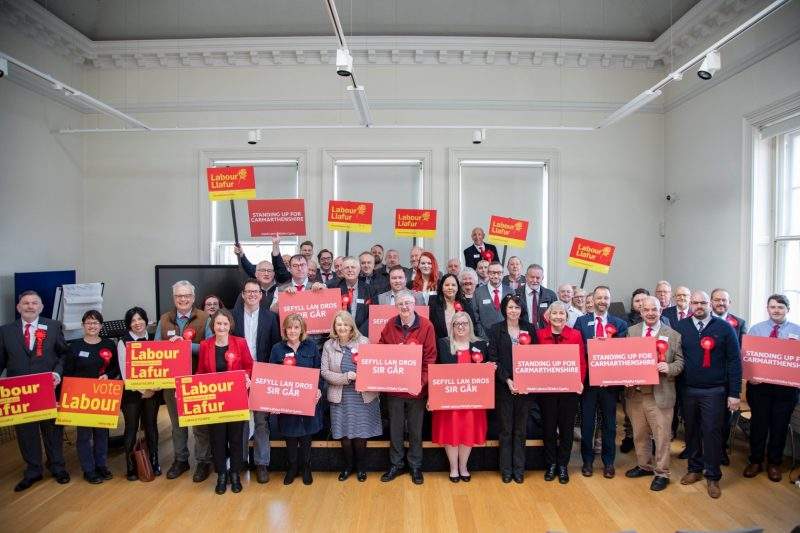 Carmarthenshire Labour have launched their local government campaign with First Minister, Mark Drakeford, under the slogan ‘Standing Up For Carmarthenshire’.…