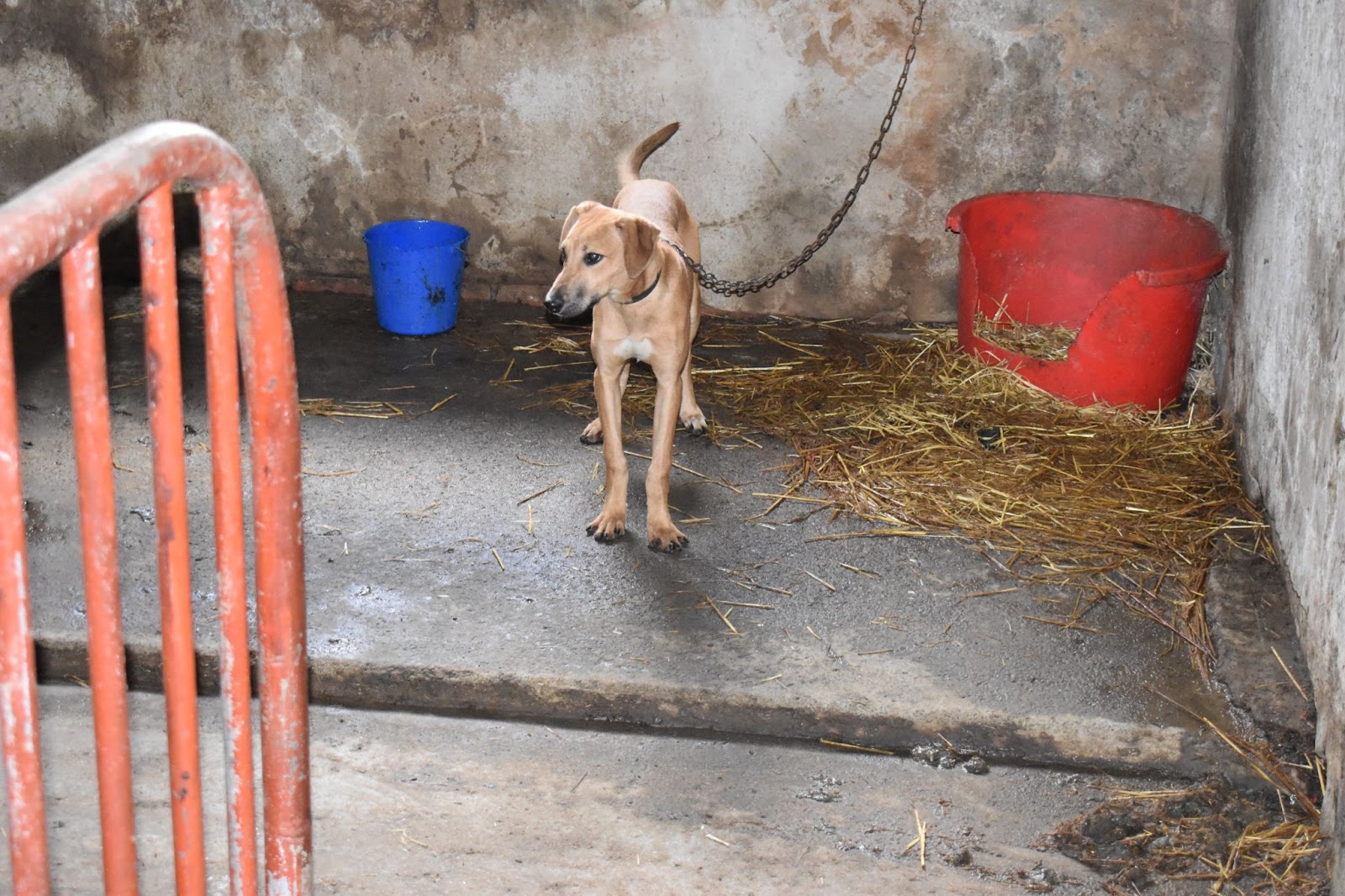 A HUNTSMAN has been sentenced to 24 weeks in prison after pleading guilty to failing to provide for the needs of 29 dogs – some of which were found tethered up in filthy conditions and with no natural light.

One of the offences was that Thomas and Fazakerley – who the court heard both have links with the Dwyryd Hunt – did not take such steps to ensure that the needs of 29 dogs were met in that they did not provide the animals with a suitable environment.

The other offences for Thomas was that he did not ensure that the needs of two ferrets were met in that he did not provide the animals with a suitable environment and did not provide them with fresh clean drinking water at all times. He also caused unnecessary suffering to a hound by the rough handling and kicking of the dog. The offence was supported by video evidence taken by The League Against Cruel Sports (LACS).

Thomas also admitted three charges relating to the keeping of dogs in breach of a disqualification order which was imposed in 2018 after he was convicted of badger baiting.

Yesterday (7 November) he was sentenced to 24 weeks in prison and banned from keeping dogs and ferrets for ten years, after what the judge described as ‘willful, deliberate and persistent offending’ that was so serious that it warranted an immediate custodial sentence.

Fazakerley was ordered to carry out 160 hours community service, banned from keeping dogs for ten years and ordered to pay costs of £600.

The court heard that RSPCA officers joined North Wales Police as they executed a warrant at the farm on 17 November 2021 following information provided by LACS. A vet was also in attendance.

Due to concerns identified in respect of the environment and water provision for some of the dogs and ferrets, the animals at the location were seized by police and removed from the site. Due to an Avian Influenza outbreak at the time it was not possible to remove poultry, and the birds were left in situ with improvement notices issued.

In written witness statements provided to the court, RSPCA inspectors noted the conditions the animals were being kept in, with one stating that some of the animals’ housing was “filthy and inappropriate”.

Among the dogs that were found was a black/brown male terrier cross discovered alone in a dark barn, tethered to a wall and surrounded by his own faeces. There was no natural light in the barn and in order to see him, the inspector had to use a torch.

A black female patterdale type terrier was found being kept in a very small cage which was rusty, covered in straw and had a plastic bag inside it, alongside a dry upturned bowl. There was also a tan female saluki cross tethered in the corner of a building on a very short chain.

Officers also found a black brown female patterdale terrier type dog who was being kept alone in a barn a couple of hundred metres away from the farm house. She was tied on a very short tether and her collar was very tight. The dog was surrounded by her own filth and her paws were covered in excrement. She had no bedding and was being kept in the semi dark.

The inspector said: “She appeared very withdrawn, almost broken, and had to be carried out of the barn as she was unwilling to walk.”

A black male patterdale terrier was found with an injury to his jaw and his face was scarred. He had a wet kennel full of dirt and excrement and a water bowl which had discoloured orange water in it. Other dogs were found in kennels which were wet and dirty. A female brown patterdale had an old degloving injury on her jaw, a scar over her eye and very overgrown claws.

Two ferrets were found without water, and when some was provided it was clear that they were very thirsty.

One inspector said: “The environment that these two animals were being kept in was disgusting; to the left of the bottom level there was a substantial amount of black, liquidised and rotting faeces. There were several rotting carcasses in the hutch, including a skull of what appeared to be a sheep, alongside lots of old rotting feathers. The smell emanating from the area that the ferrets were being forced to live in was almost tangible.”

Following the case, RSPCA chief inspector Ian Briggs said: “It was very sad to see these animals live in such awful conditions without their basic needs provided for. The dogs have been in the care of the RSPCA and following the conclusion of this case will now be rehomed.”