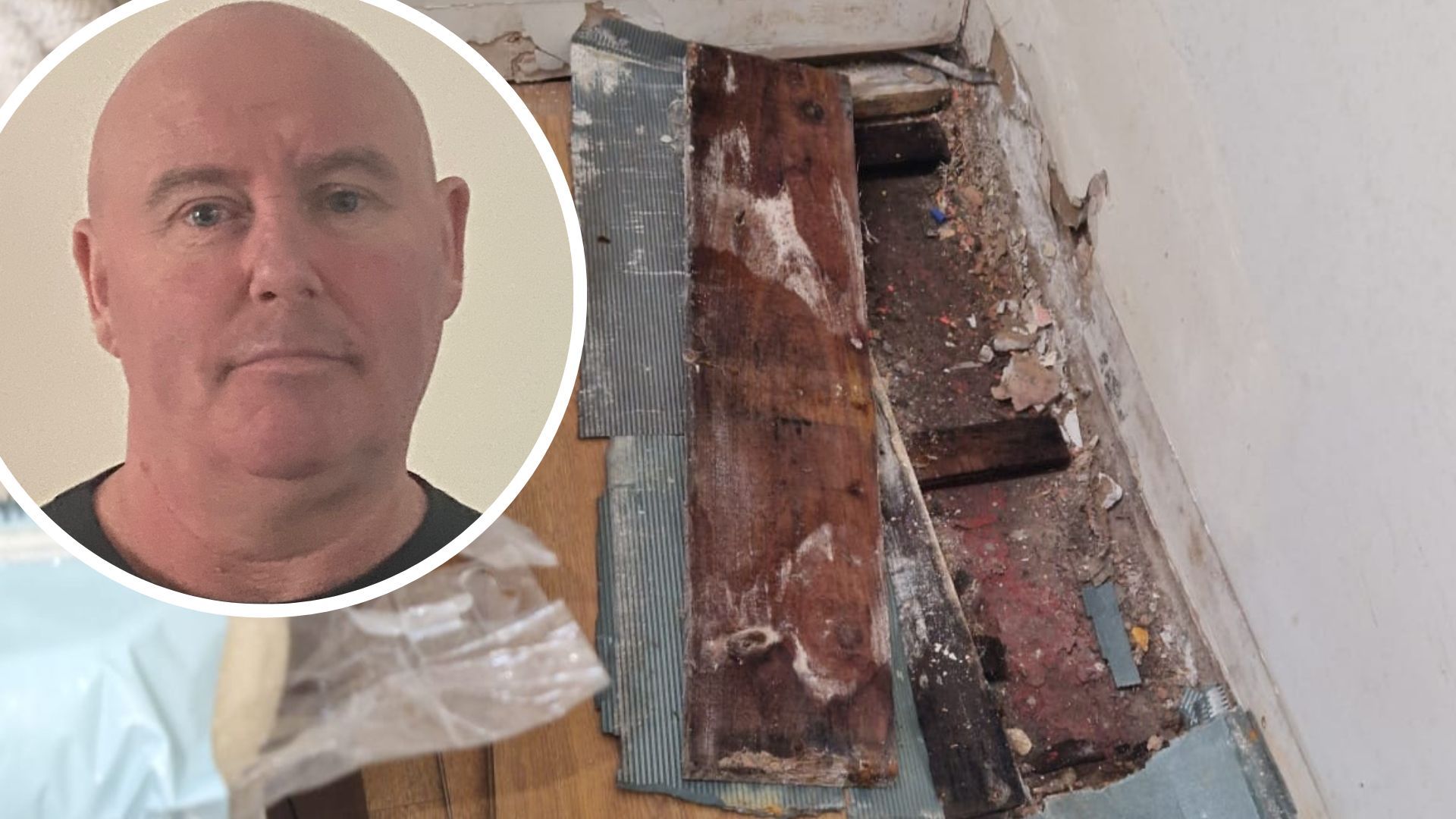 A man in Penarth has criticised the Vale of Glamorgan Council’s building control team after being left trapped in a house with numerous issues for years.

Just some of the issues that Paul Goddard said he has faced in his home on Pill Street over the past five years include rooms without a concrete base to their floors, a lack of proper insulation, and mould.

Paul also suspects that there is an open manhole cover somewhere under the floor in his property.

“You can hear the person in the toilet in the next flat through the floor and all I can think of is that the manhole cover is not covered under there.

“In the summer it is absolutely bogging in here. You come in from work and it stinks.”

Renovation work on the property was carried out by a private developer before Paul moved into it in August 2017. He lives there with his three children.

The conversion of the building into a residential flat was inspected and signed off by the council in 2016.

Paul, a single parent and plasterer by trade, said: “It was lovely when we bought it. It was a brand new development.

“It had a new kitchen, new floor, it was all nice and painted.

“All of a sudden it started to go downhill, just more and more damp patches everywhere and the walls were going green.

The cost of having the property repaired would be too much for Paul. He said he was quoted £30,000 by one builder.

He also said that it would be too difficult to sell the house in its current state, leaving him trapped.

Paul added: “I pulled the fridge out when I had to replace it and I could see under the floorboards, there was just mud under there. There is nothing. A bit of floorboard and mud.

“I am here with three kids. My daughter is constantly up because the bedroom is disgusting. There is damp in all the corners.”

Paul also said that there is a lack of underfloor insulation in the property which can leave his feet damp in minutes.

He added: “I thought building control were here to protect me from things like this. When I bought the place, I was told it was all renovated, I would have an NHBC certificate when it was finished.

“It is just falling apart with damp. It is just doing my mental health no good.”

A Vale of Glamorgan Council spokesperson said: “The Council is aware of this matter and has been liaising with Mr Goddard through his Senedd Member.