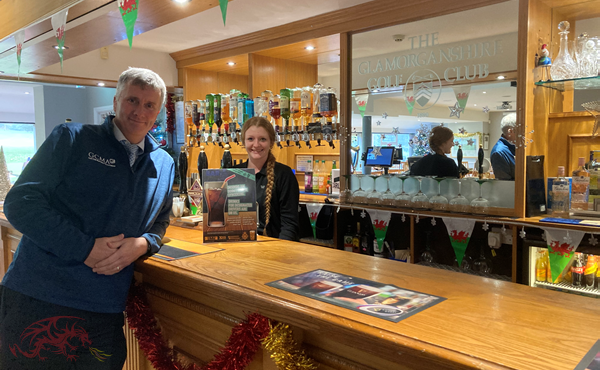 Ahead of the busy Christmas period, the thirteen licensed premises will offer free draught soft drinks to designated drivers. A designated driver is someone who abstains from drinking alcohol to act as the responsible driver.

The aim of the scheme is to promote responsible drinking with road safety in mind. The Vale of Glamorganshire Golf Club, (pictured) was one of the first premises to sign up to the new scheme, which included The Philharmonic, Brewhouse and Revolution among many others across Cardiff and the Vale.

Claire Dewhurst South Wales Police licensing Officer “‘I am really proud to have launched I’m DES’ (Designated Driver) Scheme, the first in Wales. Within the short period of time so many premises are on board to support this worthwhile initiative. Be a hero! Be a DES! And if you’d like to join the scheme then please contact your local licensing team.

‘The scheme has already proved to be really successful. We are encouraging everyone to participate especially during this festive period when everyone is out enjoying themselves. We all know it can sometimes be a burden being the designated driver but we are hopeful that this scheme will encourage more people to be aware of drink driving and the importance of being safe on the roads.”

Manager of Glamorganshire Golf Club Russell Thomas said “We are delighted to be one of the first premises signed up to the ‘DES’ scheme. We wholeheartedly support South Wales Polices efforts in promoting safe driving and hope our locals will too.”

Alongside the launch of the DES scheme, South Wales Police have also begun Operation Limit, which aims to reduce drink and drug driving and keep the roads safe. In the first week of the operation alone, 21 people have been arrested for drink drive and offences and have been charged to the court system.

If you are a premise interested in signing up to the scheme, get in contact with South Wales Police licensing team. The full list of premises involved is below:

The Vale of Glamorganshire Golf Club,

The Dock Bar and Kitchen,