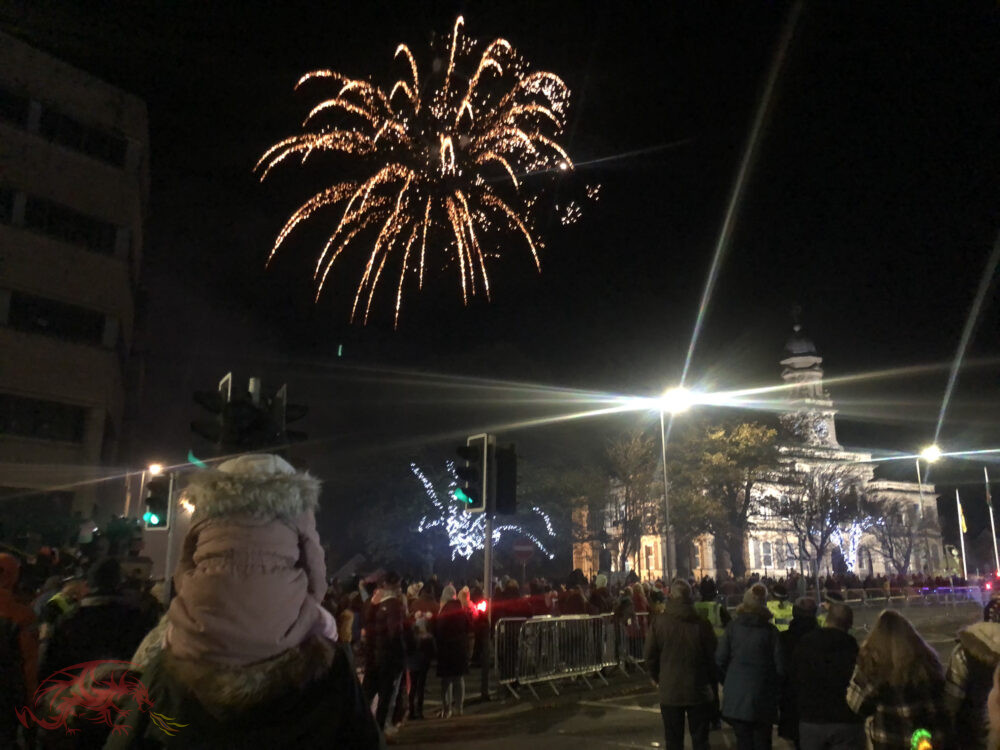 THOUSANDS flocked to Llanelli town centre this evening, Friday (Nov 18) to watch the annual Christmas Carnival. It may only be November but the Christmas sparkle and magic was in abundance as the parade headed from the Festival Fields along Sandy Road and on through the town passed the town Hall where the pavements were lined with families waiting to catch a glimpse of the floats and of course a rather early appearance of Father Christmas.

They were spoilt for choice with so many people in the red and white outfit on lorries, on tractors and walking along the road.

Organisations and societies joined in including the RNLI, local schools, the police, the fire service, Wales Air Ambulance and a host of other people dressed in an array of outfits dancing along to some high volume music.

There were food stalls and of course the end of evening fireworks display. Fair ground rides also lined the grassy area of Spring Gardens.

Top Professional Snooker player Jamie Clarke was there to watch the festivities. He said he was glad to be back home in Llanelli and that he missed being home. He said that it was a lovely atmosphere. It is only going to be a short at home for Jamie as he’s off to more European tournaments.

Leader of the Town Council David Darkin said that the carnival was now possibly one of the ‘biggest in Wales’.  Town Mayor Phillip Warlow said it was great to have the carnival back after the pandemic. Local dignitaries including members of the Town Council, the Rural Council and Carmarthenshire County Council were in agreement that it was great to see the event back and paid tribute to the organisers and all those who took part.

The town likes to party and on this chilly but dry evening in November it was a great start to the festive season with a lot more still to come.