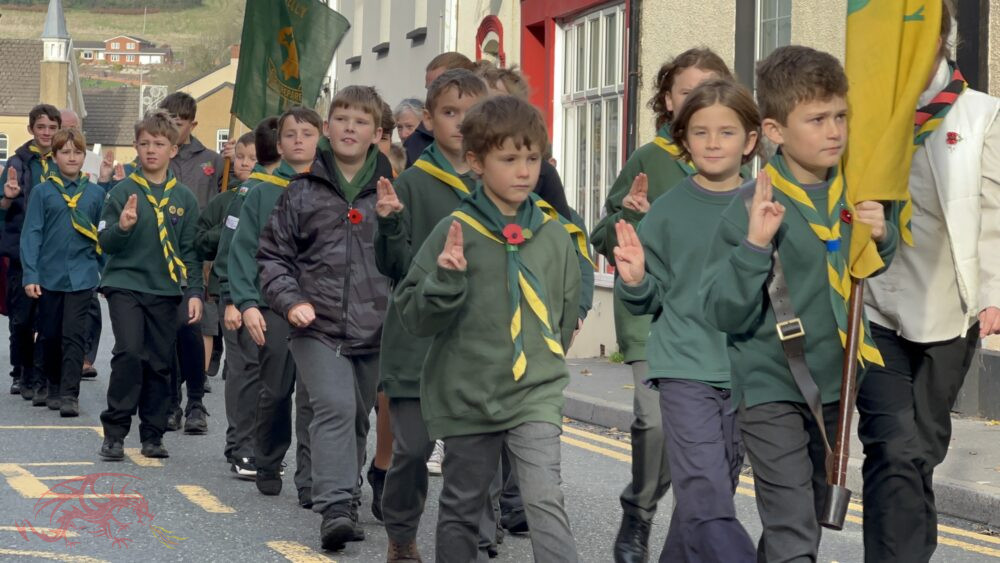 On one of the warmest November days one can remember the young and the older made their way to the church, the War Memorial or to line the streets as those who served and who are serving marched from Lady Street joined by local children in cubs, scouts and guides uniforms.

Canon Bryan Witt and Reverend Roger Morley-Jones shared the duties of providing prayers and readings to the congregation.

The service began with the introduction followed by the processing of the standards. After hymns and prayers there was an act of remembrance followed by the Last Post, a minute’s silence and the Reveille. The content included reference to the war in Ukraine. The names of the fallen were read out. The standards were recessed and there followed a hymn and the National Anthems.

The congregation then joined veterans in marching to the War Memorial, where a large crowd had gathered to pay their respects.

Canon Witt led another act of remembrance and a minutes silence. Members of the armed forces, civic dignitaries and local organisations were invited to lay wreaths at the memorial before the parade marched off up Water Street before returning to give the salute as they passed the memorial.

Civic Dignitaries lined the pavement on New Street as the parade made their way to the town square where they were requested to stand down.

Parade marshall David Taylor said that it had been a very successful day in no part due to the organisation and the support of the Town Council and the Royal British Legion. Mayor of Kidwelly Carl Peters-Bond said that the town had done a fantastic job of supporting the Remembrance Service and the Poppy Appeal.