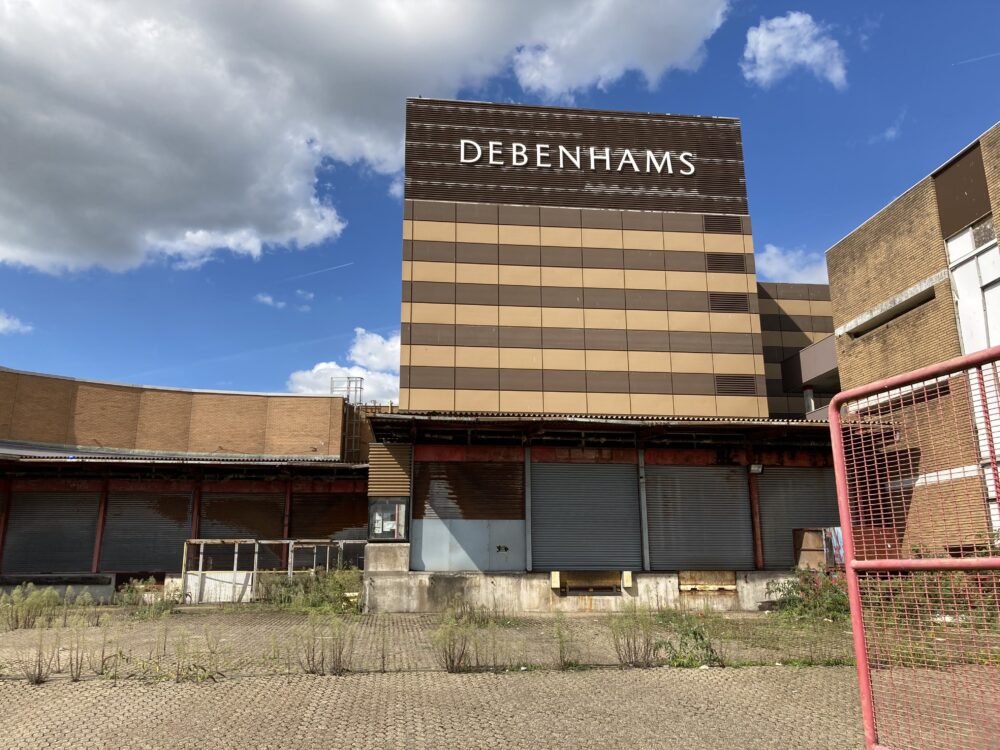 SWANSEA Council could be a step closer to acquiring the city’s former Debenhams store.

Cabinet members discussed a report in closed session last week about an acquisition in the city centre, although Debenhams wasn’t mentioned by name.

Minutes published since the meeting said the report sought consideration of the acquisition of the Debenhams store to support the recovery of the city centre. The report also sought budget authorisation to add the project to the council’s list of capital investment programme  – and the recommendations were approved.

It’s still commercially sensitive, and asked if the council could provide any more details, a spokesman for the authority said: “The council doesn’t own the former Debenhams unit. It’s privately owned but we do recognise the importance of this retail site. This is why we’re now considering options.”

The Quadrant Shopping Centre store closed last year when the high street retailer went into administration, although Debenhams still trades online. Its role as an anchor store made its demise a real retail blow for Swansea, especially as a deal to defer business rates had been agreed between Debenhams and the council in 2020 to ease the impact of Covid lockdowns.

The store has remained shut since, prompting the council to look at ways of attracting new tenants for it. In September last year consultants commissioned by the council to analyse the retail and leisure offer in Swansea considered flats or other uses for the empty building but said it should remain as retail.

At the end of June this year Swansea’s re-elected Labour administration said securing a tenant for the Debenhams store was one its priorities for the next 100 days. But there would need to be some sort of a deal or purchase involving the authority and its owner, which wasn’t Debenhams.

Carmarthenshire Council has stepped in to revitalise Carmarthen’s former Debenhams, at St Catherine’s Walk Shopping Centre. It will become a town centre hub featuring a gym, a range of public sector services, museum exhibition space, plus health, education and tourist information facilities. Hywel Dda University Health Board and the University of Wales Trinity Saint David will have a presence there.

Newport City Council said it was working on potential opportunities with partners for the city’s former store, at Friars Walk, which is privately owned.  It has previously been reported that the store could be a potential location for a proposed technology-focused campus for students. The former Debenhams store at St David’s, Cardiff, is still closed.

Meanwhile, clothing retailer Matalan has planning permission for new signs at the vacant Debenhams at Parc Trostre, Llanelli, but a Matalan spokesman said earlier this year that it wouldn’t comment on speculation about individual store negotiations.