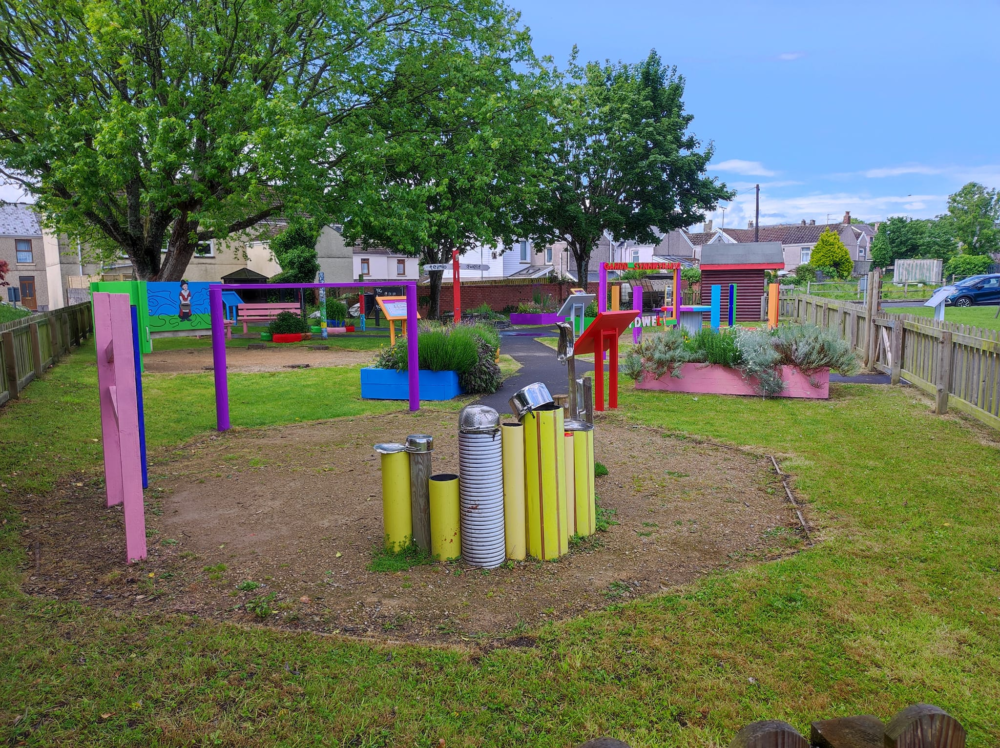 A sensory garden has brought a kaleidoscope of colour, tastes,  scents, sounds and sights to Kidwelly thanks to the work of volunteers and fund raisers.

The garden was created in June 2019 when  Co-op Member Pioneer Anne Gilley made an application to Boom Cymru when they advertised for community projects to apply for a £5K fund.

It was now time to get the team together to make the dream a reality. Anne said that her first thought was to contact Carol & Chris Cray at Burns in the community to see if they were interested in getting involved with the project and the answer was a definite YES.

Anne also contacted Ryan King a local parent whose youngest daughter had been diagnosed with Autism. Ryan quickly drafted in the help of Kristian Wright. The team had been chosen and the hard work started.

The team’s first contact was with Kidwelly Town Council who owned the piece of ground they wanted to use to create the garden. They were very keen to support the project and very quickly agreed to allow them to use the area.

The transformation took place over 3 days over 21st, 22nd and 23rd June.

The team worked in partnership with Boom Cymru and they spoke to lots of parents and experts for advice on what should be included in the plan and fed the information back to the designer.

Local business also kindly donated or gave materials for next to nothing.

The work over the weekend was the next step which was a much easier task than expected. People were more than happy to give up their time free of charge over the 3 days. There were numerous builders, carpenters, odd jobs men. The team were never short of bodies over the weekend.

Food and drink was also given  free of charge to keep the troops fed and watered over the weekend.

As luck would have it the weather over the weekend was also great. The big reveal happened on Sunday 23rd June where members of the community turned out to see the new exciting project.

The area is made up of small areas that include activities to stimulate the senses. The areas included are sound, touch, sight, taste & smell and not forgetting the newest addition of the “balance area” It really was a truly incredible weekend culminating in something fantastic for the community to enjoy.

There is now a small group of volunteers, some of which have additional needs.

Anne said: “It’s important to us as a group that anyone who wants to help out and volunteer can do so, irrelevant of any disability they may have. For our volunteers with additional needs being able to volunteer improves both the mental health and feeling of achievement and inclusivity. Many of our volunteers’ mental health suffers due to isolation, loneliness and often being on the fringes of society, being a part of this group is helping them significantly and is having a positive impact on their wellbeing and mental health. We have a small group who visit the garden weekly to maintain the many raised borders under the watchful eye of the groups plant guru Lindsey Whitcombe.

“The purpose of the group is to improve both the physical and mental health as well as the wellbeing of our service users all of whom are under 18 years old. Our target groups not only is wide in age range and ability but also in what will stimulate and develop each individual as their needs are so varied. The group saw a huge gap in facilities for members of the community and their families who have additional needs and set to plug this gap with our unique and quirky sensory garden.”

The garden is situated next to an inclusive play area suitable from toddler to teens. It also benefits from plenty of onsite parking; therefore, this offers a very rare opportunity for families of children with addition needs to be able to visit and enjoy. The area gives a very rare chance for children and teenagers with varying needs to socialise together with their peers. This will have an immeasurable impact on not only the individual’s but their family’s mental health and wellbeing.

The group are very proud to have recently been awarded the Keep Wales Tidy Green Flag Award With only 256 sites throughout Wales this is great achievement for such a small committee. The garden was subject to stringent inspection during early June. The judges were so impressed by what was available at our unique little facility and awarded us the Green Flag.

The group are currently fundraising to revamp the sound area. If you’d like contribute to the fund donations can be made at the groups GoFundMe page 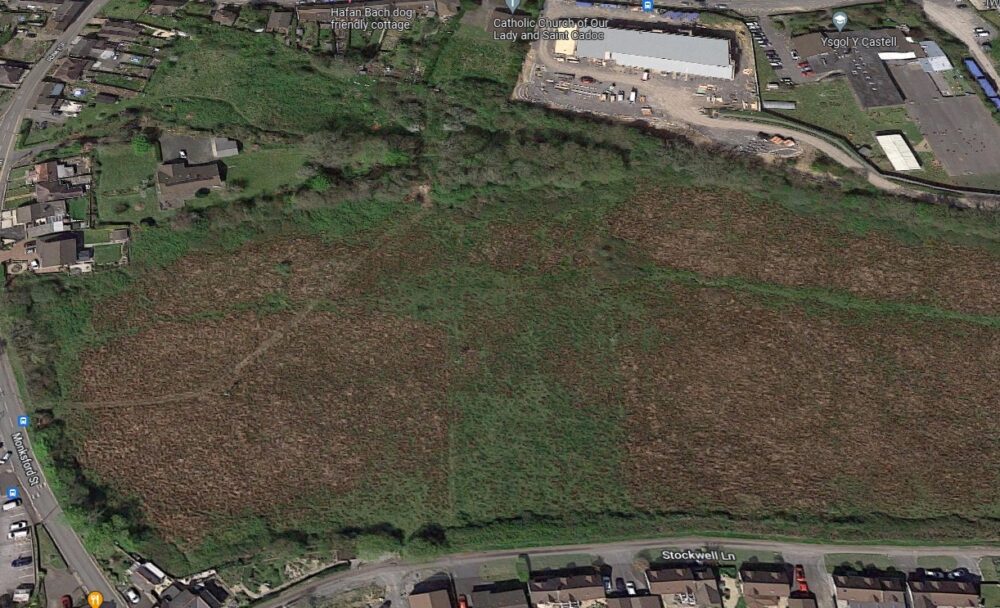