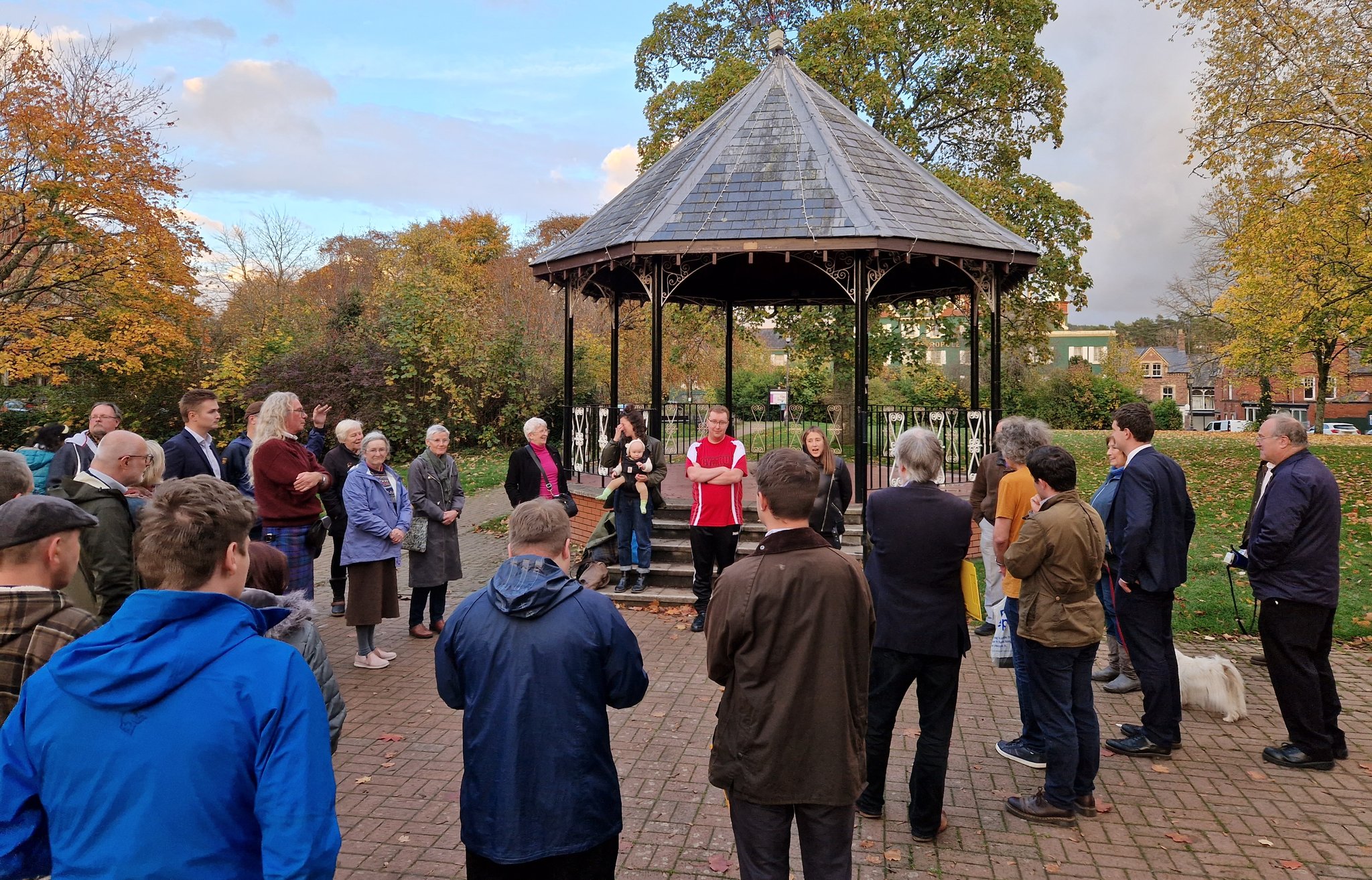 A public meeting was held last Saturday in Llandrindod Wells on the issue of poor access to dentistry in the town and surrounding areas.

The meeting was held by Liberal Democrats Member of the Senedd Jane Dodds alongside Llandrindod Wells Cllrs Jake Berriman, Pete Roberts and David Chadwick the Liberal Democrat candidate for Brecon and Radnorshire.

During the meeting, numerous residents complained that despite having lived in the town for years they could not get access to an NHS dentist. Some residents had been left in pain for months with conditions like abscesses while others had to wait until their condition deteriorated so much that they required treatment in A&E.

Dentistry is run by the Labour Government in Cardiff Bay in Wales and previous research by the Liberal Democrats shows over 20% of dentists in Powys are set to retire soon.

Over the summer, two of Newtown’s dental practices shut down, leaving just two practices to serve the largest town in Powys with a population of over 12,000.

“It was really constructive to meet with residents in Llandrindod Wells this weekend, over the last year I’ve decided that access to dentistry will be one of my top three priorities over the course of the Senedd term.

“What we heard from residents was really quite tragic, so many people have been left waiting in agony because they simply cannot get into a dental practice to have issues dealt with. In many cases, this is despite waiting for years to get on the books of an NHS dentist.

“While Labour has repeatedly told me in the Senedd that the situation is improving, what happened in Newtown over the summer and the situation I heard in Llandrindod today tells us that is not what is being felt on the ground.

“I have already been using my voice to call on the Welsh Government to do better when it comes to dental care. One action they could take right now that would significantly improve the situation is to train more dental nurses and hygienists as well as widen the scope of the work they are allowed to carry out. This would have an immediate impact in helping reduce long waiting lists.

“We cannot continue to have a two-tier system of dentistry in Wales where those who can afford to go private get treated but those who cannot are left in agony waiting. For Labour, a party that brands itself on social justice to allow this to continue is disgraceful.

“I will continue to use my role to fight for dentists for all.”