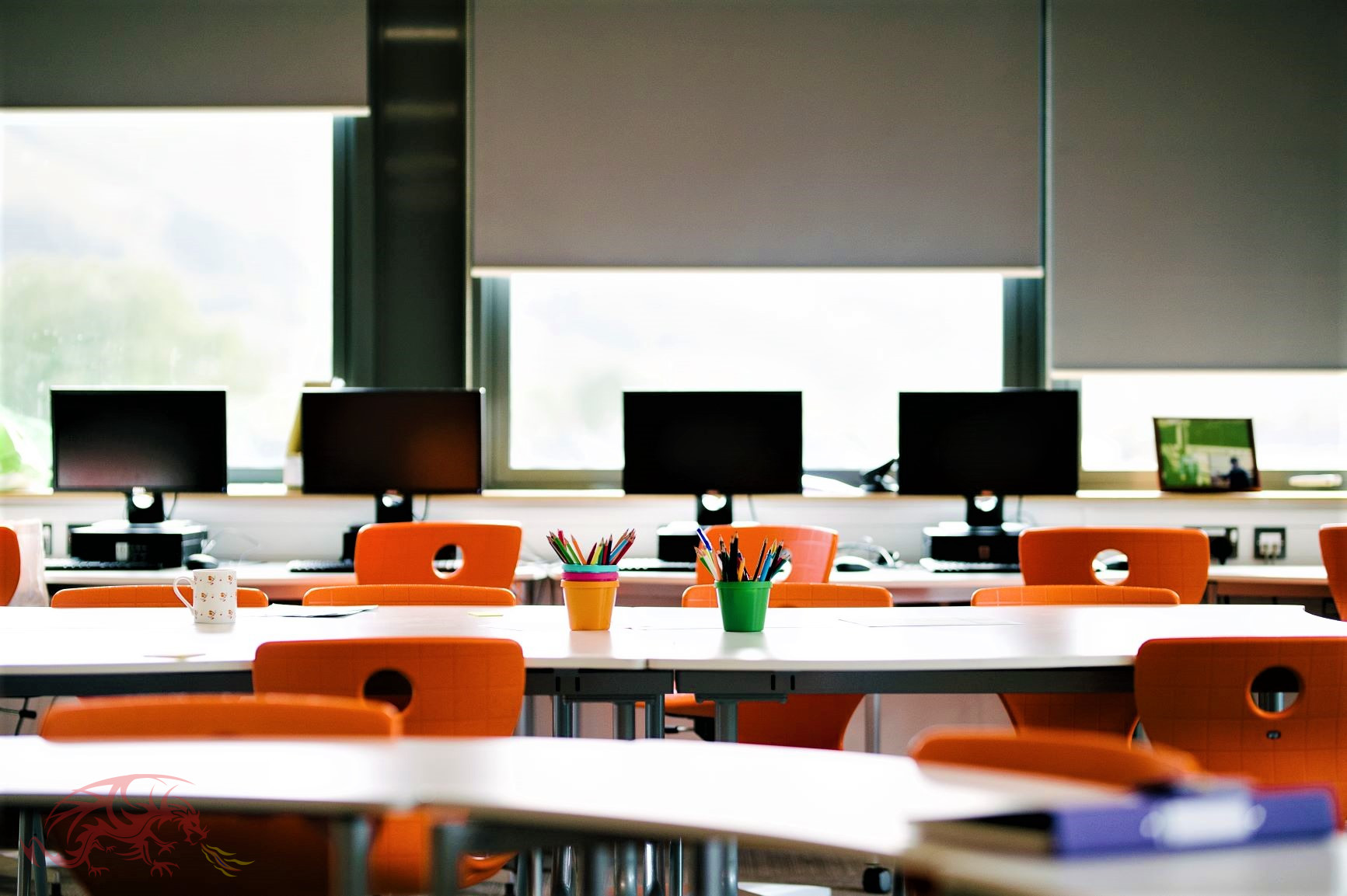 The council has announced the budget proposals that it plans to consult Rhondda Cynon Taf residents on including schools, council tax, efficiency savings, energy and specific service and spending changes.

A report to cabinet on Monday, January 23, sets out proposals for the second stage of the budget consultation covering council tax, schools, efficiencies, specific service/spending changes and energy.

On council tax, the medium term financial plan has been modelled based on an increase in council tax for 2023/24 of 2% but the proposal is to consult on a modelled increase of 3.5% and the extra income which this would generate, as compared to that previously modelled would be £1.433m.

The report said that a 1% increase in council tax will generate an additional income for the council of £1.211M (at the 2023/24 tax base level) but will also cost £256,000 in additional Council Tax Reduction Scheme requirements.

The report said that the budget gap of £38m which the council faces equates to 7.7% of the budget, excluding authority wide budgets.

The council has agreed to consult on changes to waste services which will also be considered at the same cabinet meeting.

The “no side waste” rule would continue for those households with
large 240 Litre wheelie bin collections but one bag of side waste,
no larger than 70 Litres is allowed for the standard 120 Litre bins.

The proposal would also involve a trial of the use of reusable recycling sacks for the collection of dry mixed recycling.

If cabinet approved the proposal this would reduce the budget by £800,000 over a full year.

Another proposal is to reorganise the existing council run meals on wheels service and provide a hot/frozen community meal home delivery service with
increased charges for people using the service which would reduce the subsidy per meal.

A consultation has been running on this and the feedback will be considered and a decision made at the same cabinet meeting.

If cabinet decides to proceed with the proposal then it would reduce the council’s budget by £427,000 over a full year

In a bid to increase the availability of a range of childcare options for families in
local communities, market testing was done to look at options for how the four council nurseries are run and see if local childcare providers could deliver the services.

This confirmed that there are a number of experienced providers who have expressed an interest to provide the service at one or more of the nurseries and a procurement process is therefore needed.

If cabinet agrees to transfer the running of the nurseries and childcare providers are secured, then the council’s budget would be reduced by £322,000 over a full year.

Cabinet have consulted upon and have recommended to full council the introduction of a council tax premium on long term empty properties and second homes in RCT.

The report said that the proposal will support the council to protect and continue with the comprehensive range of packages available to bring empty properties back into use, through raising extra council tax, estimated to be £1.5m, subject to full council approval on January 18.

Spending has been identified which is currently funded from revenue
budgets which could, in line with accounting rules, be funded from capital budgets, the report said.

These include IT software licence costs, vehicle purchases and RCT Council’s contribution to the Cardiff Capital Region City Deal and the proposal would reduce the revenue budget by £4m.

It is proposed that all fees and charges see a standard 5% increase with the council absorbing the implications of not applying an uplift in line with the CPI rate of inflation recognising the significant increase in its cost base and level of subsidy.

A number of areas have specific proposals which are also being considered at the cabinet meeting and the fees and charges plans as a hole would generate additional income of £750,000.

The savings made from these specific service and spending changes would be £7.358m when taking into account part year savings such as £600,000 for waste services, £320,000 for community meals and £188,000 for the changes to nurseries.

It added that schools have previously been advised, for planning purposes, that they should prepare for a difficult period and a potential 2.75% reduction in funding after having been funded for all pay and non pay pressures.

The report said they were advised to be prepared to use the flexibility of their own reserves to help them and the aggregate level of school balances increased from £12m to £20m over the course of the last financial year (2021/22).

After adjusting the Individual Schools Budget to reflect lower pension and National Insurance costs, this would provide an additional £18m of funding
to schools, the report said.

The reduction of 2.75% that schools have been advised to plan for would result in a budget cut of £5.3m.

It is proposed however that an extra £500,000 is set aside as further support with the school based challenges of ALN and a further £500,000 of general funding be allocated to schools reducing the impact on schools to £4.3m.

The report said that overall the proposal would mean that the aggregate schools budget would increase by £13.7m, or 7.9%, with the level of efficiency also reduced to 2.2%.

The latest available increases for RCT’s energy costs for next year show a 283% increase for gas and a 147% increase for electricity.

The report said it is apparent from latest available forecasts however, that the likely costs for the year after (2024/25) will be lower and that there is the opportunity to utilise one off funding to smooth the one year spike in energy costs but that It is clearly important that the council continues to monitor movements in forecasts on a regular basis.

The proposal is that a contribution from reserves of £5m is made to
smooth the impact for financial year 2023/24.

The report said that following an assessment carried out over a number of months across all services with the aim of protecting vital services where possible, efficiency cuts of £16.164m have been proposed.

The report said that this can be delivered from measures which would not “significantly impact on service levels nor service delivery albeit would include operational service reconfiguration which might be apparent to residents and service users.”

The proposals include service restructures and vacancy management saving £2.26m, service redesign and use of technology saving £505,000, operational service reconfiguration saving £2.041m, optimisation of procured and commissioned services saving £2.97m, an additional in-year (2022/23) efficiency requirement of £1.5m, use of external funding and recharging of £2.507m and general efficiency measures of £4.381m.

As part of the current year’s budget, the report said that efficiency cuts of £4.9m were identified and delivered but it was recognised that the ongoing sustainability of delivering efficiencies at this level would need to be considered.

The impact on the budget

The potential budget reduction of £4.256m from schools, the £1.433m in council tax revenue, the £16.164m in efficiency cuts, the £7.358m in specific service and spending changes and the £5m energy reserve leaves a budget gap of £4.115m which the council proposes to fill from its transitional funding reserve to balance the budget and this would leave £2.533m in this reserve.

The provisional settlement from Welsh Government for Rhondda Cynon Taf in 2023/2024 is an increase of 6.6% in funding which is below the average all Wales increase of 7.9%.

The council’s general capital funding allocation has increased by
£2.287m to £13.886m, having reduced by £2.165m for this financial year.

The estimated budget gap in the medium term financial plan based on a 3.5% increase in the settlement had been £36.457m but this increase to £52.219m when the provisional 8.2% in the fire levy (£530,000), reassessment of base budget requirements such as special school numbers, capital charges, ALN, demand led social care, insurance (£1.454m), real living wage pay and pensions (£6.76m) and energy costs (£7m) were taken into account.

When this is taken into account alongside the original projected deficit of £36.475m and the base budget updates of £15.744m, it left a revised budget gap of £38.326m.