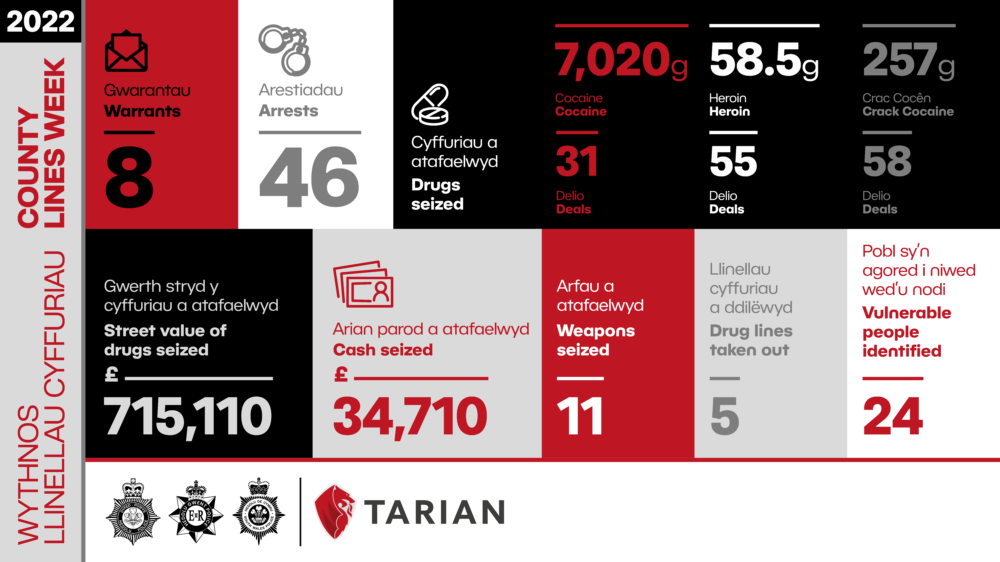 Officers across south Wales have arrested 46 people and safeguarded 24 vulnerable people during a week of targeted action to disrupt county lines. County lines is the name given to drug dealing where organised criminal groups (OCGs) move and supply drugs, usually from cities into smaller towns and rural areas.

The activity has coincided with a national “week of intensification” which is led by the National Crime Agency. The latest week of activity ran from Monday 3 October to Monday 10 October.

Across the three forces (South Wales, Gwent and Dyfed-Powys), highlights include:

Detective Inspector Richard Weber who coordinated the week of activity in southern Wales, said: “Whilst we work all year to take drugs off the streets, this week has brought some substantial results. By disrupting supply lines and taking those involved out of circulation, we can make south Wales’s communities safer.

“We can only do this with the support and information that we get from residents so I would urge anyone with information about drug dealing in their community to call us on 101, we treat every piece of information as important.”