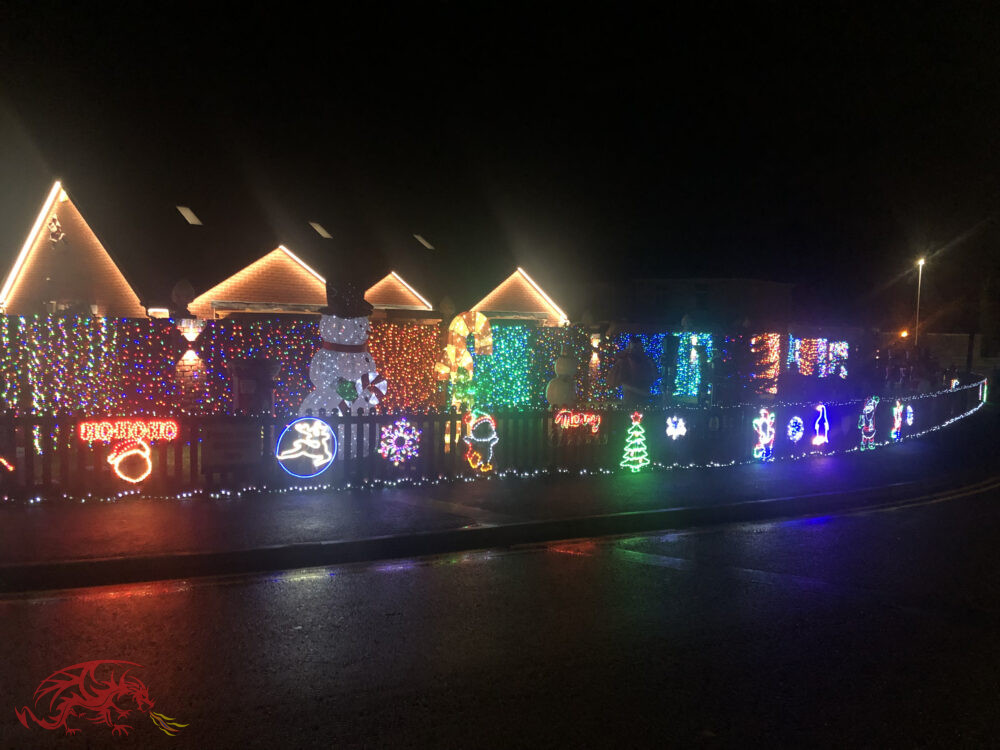 WEEKS of work and a love for Christmas has transformed a home in Hendy into an incredible Christmas wonderland inside and out.

Local businessman Richard O’Brien and his wife Lisa and family have decorated their home with an enormous collection of Christmas decorations, which have been illuminating the night sky.

They are Christmas mad but for a very good reason. Their young son was born with a visual impairment and was treated at the Great Ormond Street Hospital in London.

Mrs O’Brien said: “So many people touched our hearts while we were there that we decided to give something back and raise money. We love Christmas and so we began decorating the home. It took us almost three weeks to decorate the outside.

“People love it and have been queuing up to come and see it. We aim to open every Saturday and Sunday because of work commitments.We will confirm the times so people know when to come.”

Richard and  Lisa have created a display of Christmas lights and decorations both inside and outside of their home that rival many commercial displays.

Lisa said: “What started as a small idea suddenly grew into a large display that has taken almost 3 weeks to complete, attracting interest from visitors far and wide.

“We were looking for a way to support the work of the Great Ormond Street Children’s Hospital as our 2-year-old son Richard Jnr was born with a visual impairment and now thanks to them he has some sight.  We had no idea that this would take off like this and are so grateful for the donations we’ve received so far”

This is the couples first Christmas at their new home and already they have made a strong impression within the community allowing visitors inside at set times for a glimpse at the winter wonderland.

In the short time we were at the premises many families stopped to admire the bright Christmas lights that adorned the building and excited children popped donations into the special boxes.

Richard said: “The money is taken from the boxes at the end of every day and counted and locked away. When the lights are switched off on New years day the total amount will be donated to The Children’s Hospital at Great Ormond Street to help sick Children. ”

Next year the couple hope to do it all again but even bigger and better.

Listen to the video chat below with Lisa O’Brien to find out more about the project.