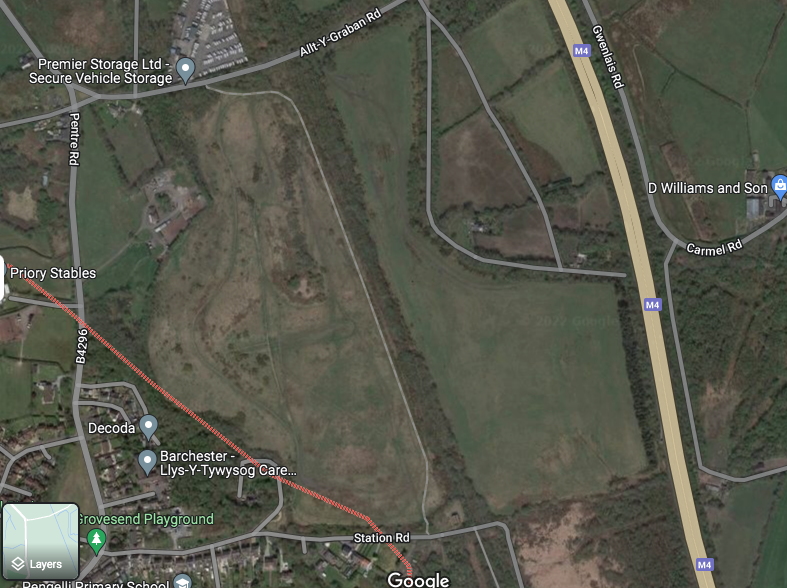 LOCAL schoolchildren and cycle groups have helped to open a brand new walking and cycling route in Swansea.

Swansea Council has just completed its latest addition to the city’s growing network of walking and cycling routes – this time, making use of a disused railway line stretching between Grovesend and Pontarddulais.

The scheme is being funded through the Welsh Government Active Travel programme and is aimed at providing a fully off-road route from Pontarddulais in the north of Swansea, all the way to Swansea Bay.

“The railway line has long since gone and the route has become overgrown and inaccessible to the public.

“I’d like to thank the local ward members who, along with myself, worked with local historians to uncover the historic nature of this route, resulting in us being able to bring the railway heritage back to life with interpretation boards along the route.

“This latest addition to our walking and cycling network has enabled us to reopen this route and provide a fantastic, off-road path that can be enjoyed by everyone.

Cycling charity – Sustrans Cymru, joined the Council and children from local schools to celebrate the opening of the route.

“Sustrans Cymru welcomes this new active travel route that will serve the people of Pontarddulais and the nearby area.

“It’s a result of great, important work done by Swansea Council and their dedicated Transport Team, and we look forward to continuing to work in partnership with them to make it easier for people to walk, wheel, and cycle.

Active travel leads to happier and healthier lives, so the introduction of new infrastructure that supports and encourages that across Wales can only be a good thing.”

Earlier in the year, the Council received its latest Active Travel settlement from the WG, successfully bidding for more than £7million which will be invested in further walking and cycling routes in Swansea.

Included in the plans is a new 2.4km route across Clyne Common, linking up the village of Bishopston with a recently completed walking and cycling route on Mayals Road.

New routes will also be developed in the north of the city, including a new 2.8 km route between Penllergaer and Fforestfach. The off-road three metre wide, shared use path has been developed in conjunction with the Penllergare Trust. The new path will link up with an existing section of walking and cycling infrastructure previously built along the A48 and will provide a new link south to Cadle Mill.

“Once again, Swansea has been successful in securing important funding that we want to invest in our transport network in the city.

“We have been working extremely hard for a number of years, creating new walking and cycling routes that give residents and visitors alternative ways to get around without needing to use a car.